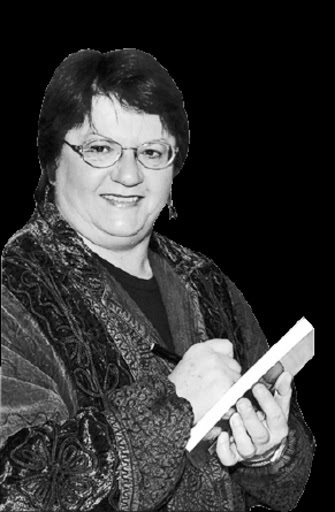 THERE must be scores of critical thinkers and creative intellectuals who are disappointed at the decision to deprive Afrikaner writer Annelie Botes of her literary prize.

The South African Literary Awards board has done a great disservice to the recognition and affirmation of merit through its gesture.

She won and deserves to have been given her K Sello Duiker Award for her novel Thula Thula.

Those who see Sala's decision as unwise, predictable, shallow and blinded by emotional reasoning are not far from the truth.

We have to be outraged that Sala not only refuses to acknowledge that Botes was deliberately quoted out of context by sensation- seeking journalists and media.

It is in times like these that one wants Wikileaks to publish her e-mail exchanges and phone interviews with journalists at Rapport and Mail & Guardian.

Even if what she was alleged to have said were true, Sala could have engaged her at an intellectual level rather than punish her for what is, obviously, her foolish naivety.

It now seems that in Sala we have a gang of "literature police" who want to prescribe opinions that should be expressed by writers before they are awarded prizes for the merit of their work.

This not only threatens freedom of thought and expression but is a hysterical over-reaction that will achieve nothing beyond scoring cheap political points for a slip of the tongue.

In fact, if what the media has attributed to her is true, not only will she be punished by her own conscience but history will judge her.

But instead of transcending petty, illogical and blind emotional reasoning, Sala has entertained a shallow "debate" that will not contribute anything towards national identity, nation building and nurturing a new spirit of patriotism among creative intellectuals.

Perhaps it is time that we remind Sala that patriotism is the last resort for scoundrels.

Much as nation-building is a noble ideal, it is not a prerequisite for writers and other creative intellectuals who should enjoy unrestricted freedom of thought and expression.

Creative artists, including writers, must be given unconditional freedom to express that which stirs in their soul.

In fact, they owe no allegiance to a particular group of people, the state or powerful boards unless they are willing to prostitute themselves.

Artists should be without boundaries or restrictions as they are agents of change irrespective of some of the irresponsible utterances that they may make.

For our democracy to mature and stabilise, Sala and the black people, in general, must stop over-reacting to what white people such as Botes or Steve Hofmeyr have to say and critically engage the content and substance of what they have to say.

It is only when we critically engage them that we will discover that they might be naïve, foolish victims of apartheid thinking as there will be no scientific basis for their opinions.

Instead of getting mad, Sala should have given her the award and create a platform for her to reveal her soul to the nation through a lecture or panel discussion.

Of course, there are a lot of people who might think that one is promoting a conservative assault on the image of blacks by Afrikaners.

But it is time that we distinguish between foolish utterance based on opinions and facts.

There is very little critical engagement among South Africans for one to believe that we are taking national discourse to a higher level that encourages mutual understanding.

Nobody in their right minds will grant or support Botes and Hofmeyr rights to abuse freedom of expression to spread hate, division and race war among peace-loving people of Nelson Mandela's nation in the making.

We have to recognise that Afrikaner writers and other intellectuals such as André Brink and Breyten Breytenbach, among others, were innovators and agents of social change among their people.

While we are punishing Botes and Hofmeyr, we run the risk of blowing out candles that have the potential to lead neo-age conservatives who fear change and transformation.

In fact, critical thinkers have to go a step further. We should demand for Sala to give Botes her award and ask her to explain to the nation what her true position is vis-à-vis non-racialism, reconciliation and national unity among the people of South Africa.