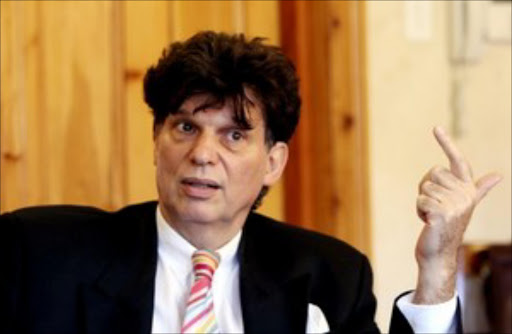 MZANSI'S celebrity lawyer, Billy Gundelfinger, did well by showing Shrien Dewani, whose wife Anni was murdered while the couple were honeymooning in Cape Town, the middle finger when he divorced himself from the case to concentrate on what he knows best - handling divorce cases.

Gundelfinger almost got his fingers burnt when he went all fingers and thumbs into the controversial British businessman's case.

Honestly speaking, Gundelfinger - who once pointed out that his client was being subjected to a trial by the media when in fact journalists were actually doing their work - did not have his finger on the pulse on this one, and he knows it.

Before Gundelfinger agreed to take on the case, he did his job quietly; with no finger-pointing and no finger-waving.

Fortunately for Gundelfinger he withdrew from the Dewani case just in time - a few days before one of the three accused, Zola Tongo, fingered his former client as a suspect, something the media apparently knew all along.

Guluva is now crossing his fingers that Gundelfinger never ever again enmeshes himself in legal matters that have nothing to do with divorce.

A pal of Guluva's who has been scanning the newspapers, pounding the streets and surfing the net over the past few months in search of a job is disappointed with Cosatu, the union federation that wants everyone of us to have decent work.

After his unsuccessful job hunts - during which he saw more "sorry, no job" notices on factory gates than ever before, and with "letters of regret" piling up all the way up to the roof of his leaky shack - the man came across Cosatu's website at his neighbourhood's Internet café.

His eyes lit up and his hopes were raised when he saw a "vacancies" item on the website's home page.

The mere fact that there was such an item in the first place raised his expectations to unprecedented levels.

"Here's an opportunity to work for my hero, the one and only Comrade Zwelinzima Vavi, who comes across as one of the most considerate and reasonable bosses in Mzansi," Guluva's pal thought to himself as he feverishly aimed the computer's arrow at the item.

He closed his eyes as he double-clicked on the icon, expecting a deluge of vacancies to pop up in his face.

But as he opened his eyes a few seconds later, all he saw was a blank page with only the words: "The page you are looking for cannot be displayed."

In short, all this meant was: "Sorry comrade, no vacancies!"

The man left the stuffy and steaming hot "Internet café" in a huff.

For him all there was were blank job promises.

The recent findings by the Department of Tourism and Tourism SA into the number of tourists who visited the country to watch the 2010 Fifa World Cup in June and July make interesting reading.

According to the study of the more than 309000 tourists who were in Mzansi at the time, 24483 came from Mozambique.

Guluva was intrigued. There was nothing new in this because Mozambicans cross the border into South Africa all the time, irrespective of whether there is a World Cup or not.

This, practically speaking, is their second home, so it is wrong for anyone to suggest they are tourists.