Transformation is about improving lives 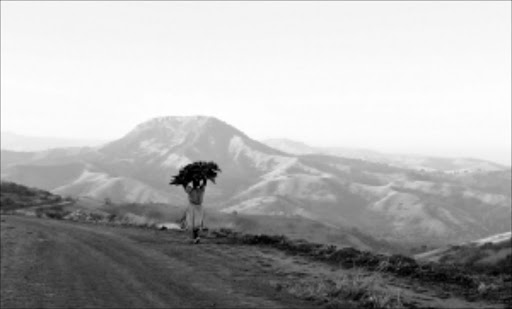 YESTERDAY I decided to look up the word "transformation". I did so because any discussion about development in this country is normally peppered with the word.

Going online I discovered that the word has numerous definitions. But the one that caught my fancy was from www.selfgrowth.com.

This website defines transformation as a "deep, profound and committed choice about the way we live our lives".

"Transformation is the possibility for a breakthrough in our living, a clearing for aliveness to show up in our everyday activities, self-expression and commitments."

Last weekend I visited my ancestral home at GaDikgale. This is where the Lekota clan has its roots.

I was in the area for the burial of my cousin Samuel Mokgopo. He was a policeman based at Ivory Park on the East Rand.

He was knocked down outside his house in Thembisa by a runaway car driven by thugs who had apparently stolen the car from Irene in Centurion.

GaMokgopo is part of the territory that is under Kgoshi Dikgale. This includes a village known as Mogabane, where my father's people come from.

It was during my visit to Mokgopo's home that the issue of change came to mind.

I looked around the village and what I saw were tracts of land lying fallow.

In the old days - when we used to visit these areas during school holidays to bond with our relatives these tracts of land were green fields laden with crops such as mealies, pumpkins and beans.

The question that came to my mind was why the people in these villages were no longer cultivating crops?

The answer I have so far received was that the rain patterns have changed and the quality of the soil has degenerated.

Essentially, the argument is that climate change has turned these previously self-sufficient villages into reservoirs of unskilled labour, dependent on wages from migrant labourers and government grants.

A conversation I had with a young man at the funeral changed the bleak picture I had about the situation.

He spoke about alternative methods of cultivation that are being used to deal with the effects of climate change.

It was with his words in mind that I decided to look up the definition of "transformation".

I did so because I also believe that transformation is about changing people's lives.

This is the reason why today in South Africa we talk so much about transformation.

The advent of democracy meant that people's lives could be changed from what they were during apartheid.

What the people of GaDikgale need is to explore alternative means of dealing with the ravages of climate change.

Hopefully through these alternative means they can, for example, grow plantations of the aloe and supply companies that use this medicinal plant to manufacture products such as creams and medications.

The area was commonly known as "Dikgopeng" (place of the aloe) because of the abundance of the plant in the area.

It must, however, be accepted that the better life can only happen with the assistance of the government.

Then the people of GaDikgale can really attain "the possibility for a breakthrough in their living".