New dictionary is a quantum leap for Zulus 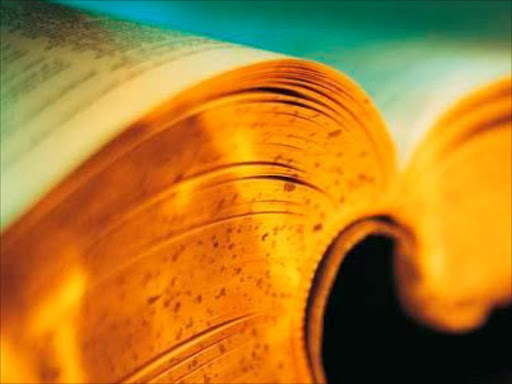 I HEREBY concede defeat. Despite all the attendant ills of being of that stock, in my next life I am going to be a Zulu. I'm beginning to like the way they think.

They have a dictionary.

Like the Afrikaner, whose laager mentality we never miss the opportunity to pour scorn on, the Zulus have woken up to smell the linguistic coffee.

A language is central to a people's identity. Interfere with a language and you mess up with a large part of how people look at themselves and their collective sense of pride.

Orania, according to those sceptics whose only role in society is to snigger and sneer, is a political joke. But look at what the enclave has done for the Afrikaner, his language and culture.

Ask President Jacob Zuma. He went there to experience it first-hand.

Do not be fooled by the highfalutin language explaining the raison d'etre for bodies like the FW de Klerk Foundation and AfriForum. They exist to see to the every need of the Volk. Finish and klaar.

Each time they hear a bunch of their maids and gardeners conversing in English among themselves they run to the Equality Court to complain about the imaginary threat this poses to Afrikaans. They see extinction where there's none.

The bilingual Oxford English-isiZulu dictionary, the first updated version in 40 years, is a step in the right direction. It will foist isiZulu on the international lexicon, a hallowed territory that most African languages, with the possible exception of Swahili, can only dream of.

The Zulu had long started. In the Durban city centre he has laid claim to the lamp posts with the colourful posters from Isolezwe, their newspaper.

With the Joburgers it is a different story as the street poles remain the haunt of English and Afrikaans text.

Sol T Plaatje, he of Koranta Ea Bacoana fame, must be turning in his grave to see that none of his tribesmen has seen fit to pick up the baton.

The Zulu has not shied away from doing things in a way that Shaka would have approved of - they read, write and speak in their language.

The only embarrassment to these humble folk must be Siyabonga Nomvete, who wants to get with it and allow himself to be interviewed in English.

As you read this, know that the Zulus are people after my own heart. Unlike them, I fear for my children's safety each time they try to speak my language - their incisors hang menacingly over their tongues.

The late Moshoeshoe would not recognise a word of the gibberish spewing from my offspring's little mouths in their attempt to make conversation in Sesotho.

With words for every modern-day phenomenon, including the cell phone, I was beginning to wonder what the Zulus were going to do with that vast array of words.

I am envious. Outside the Bible and the Atlas, there's a new addition to the collection of books in the Zulu household.

Next time you get into his taxi, the space on the dashboard normally held sacrosanct for the knobkerrie will be adorned by a dictionary.