Torching of schools is high treason 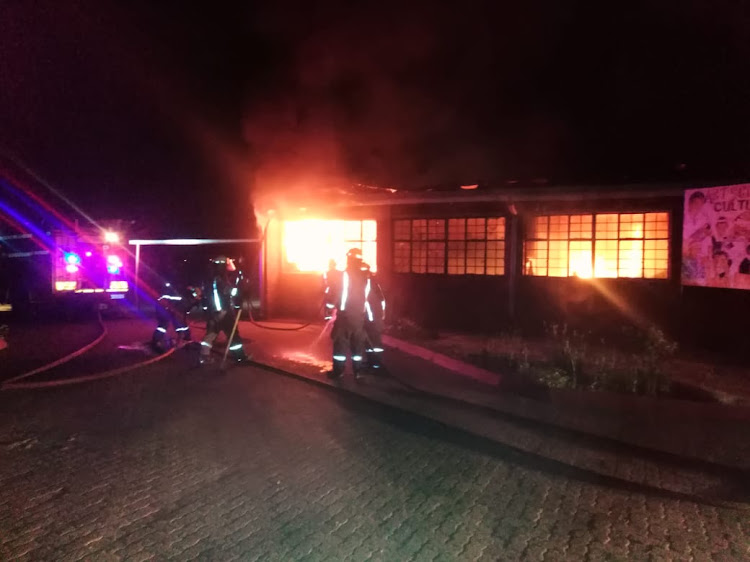 A Sebokeng school was torched the night before schools were set to open
Image: Supplied

Yesterday we woke up to distressing news of a school in Sebokeng, Gauteng, that was set alight by unknown ruffians.

The administration block at Khutlo-Tharo Secondary School was torched during the early hours of yesterday morning.

This happened as pupils were preparing to return to school to mark the commencement of the new academic year.

But, sadly, that was not to be and the poor pupils were forced to miss the crucial first day of learning.

Khutlo-Tharo has been a target for thugs considering that it has suffered an unprecedented 17 break-ins since August, and we have never heard of any arrests.

Now we are wondering what the authorities are doing to deal with the break-ins at Khutlo-Tharo and other affected schools.

It can't be business as usual for these hoodlums, something has to happen to arrest this madness. Pupils can't play second fiddle to thugs without any consequences.

MEC Panyaza Lesufi was asked when he visited the school yesterday about what happened to the patrollers at schools.

Lesufi explained that his department had temporarily suspended the system as it did not comply with the law.

He said they used patrollers who were not trained as guards, but the MEC promised that they would soon deploy accredited patrollers at Gauteng schools.

It has been a grim start to the day for a Sebokeng school.
News
1 year ago

Lesufi demands answers from Sebokeng as another school is torched

Gauteng's education MEC Panyaza Lesufi said he would demand answers from the community of Sebokeng, southern Gauteng, where a school was burnt in the ...
News
1 year ago

Lesufi is simply saying they brought in people to patrol schools without subjecting them to the simplest of processes - vetting.

Now the EFF is calling on party members to patrol every school in the Vaal, which Sebokeng falls under.

We also call on other party and community members to come on board and work in tandem to protect schools and other government buildings in thier area.

It can't be the responsibility of the police only to do so.

Police visibility at schools, especially at night, should also be encouraged.

This madness and lawlessness must end now. Enough is enough.

Pupils can't continue to suffer at the hands of these thugs.

We hope pupils at Khutlo-Tharo will put what happened at their school behind them and remain focused.