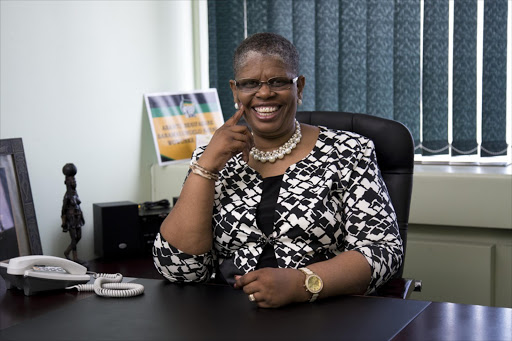 The country's third-largest city, eThekwini, is in turmoil.

For most of this week, workers at the city's water and sanitation department have been wreaking havoc by blocking off major roads, trashing the streets and even cutting off the water supply to some townships.

At face value, this look like a mere labour dispute between workers and the city's metro council that has gotten out of hand.

But if one digs further, what emerges is further evidence of an internal ANC faction fight threatening to collapse what was once a thriving municipality.

Workers belonging to the Cosatu-affiliated South African Municipal Workers Union (Samwu) have taken to the streets to demand salary increases and that they be promoted to a higher grade.

They claim that city mayor Zandile Gumede unfairly overlooked them when she apparently promoted a group of former Umkhonto we Sizwe fighters who were employed by the department at the instruction of the ruling party.

Two senior eThewkini municipality officials and seven service providers were arrested by the Hawks on Tuesday over an allegedly illegally awarded ...
News
3 years ago

Samwu and the ANC military veterans played an important role in helping Gumede become the ANC chairperson in the eThekwini region and, subsequently, the city's mayor.

But disagreements over a number of issues have seen their alliance collapse, with a faction now pushing for the mayor's ousting.

In response to this development, the mayor's supporters in the city have increasingly relied on the loyalty of former military veterans, many of whom were unemployed before the city council decided to absorb them.

This internal power struggle has now spilled into the streets, affecting hundreds of thousands of residents who have nothing to do with the fight.

All of this points to one of the critical challenges facing President Cyril Ramaphosa if, as expected, he returns to power next week. Unless he takes urgent action to fix his political party and introduce measures that would insulate the state from internal party politics, his talk of a "new deal" would amount to very little.

He needs to confront the fact that the ANC rot is eating into the different tiers of government and their ability to deliver services to the population.

The eThekwini municipality and the Malawi High Commission have jointly denied that recent violence aimed at foreign nationals in Durban was ...
News
3 years ago

The ANC Youth League in eThekwini has slammed the party's regional chairperson, Zandile Gumede.
News
3 years ago
Next Article