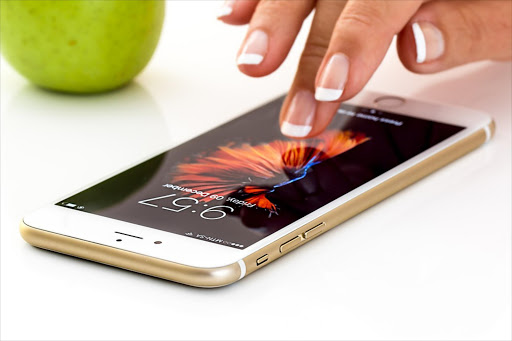 In December of 1966, the United Nations (UN) General Assembly took a resolution to declare apartheid a crime against humanity.

The UN crystalized this resolution in 1973 by adopting the Apartheid Convention against the desires of well-known colonizers like the United Kingdom and Portugal.

Just a few days before South Africa celebrates 25 years after the democratic breakthrough from formal apartheid, the Competition Commission of South Africa released a provisional report on an inquiry conducted in the data services market. The report revealed that mobile network operators in South Africa, especially Vodacom and MTN, are leading the charge in a crime against humanity, especially the poor in South Africa.

MTN and Vodacom were singled out for their SA data costs, which are way more than other countries in which they operate.
News
3 years ago

The crime against humanity led by Vodacom and MTN is slightly different from the one defined by the Apartheid Convention as it does not seek to crudely establish and maintain domination of one racial group by another.

It however seeks to entrench the systematic exclusion of the poor, who are mainly black and female, from participating in the socio-economic life of the nation, and maintaining the dominance of the wealthy, who are mainly white, by charging the poor exorbitant prices for data.

The provisional report did not only confirm the widely known fact that data prices in South Africa are exorbitant when compared to other developing and African countries, but revealed that lower income consumers may be charged far more than their wealthier counterparts for data usage.

The telecommunications regulator says service providers MTN‚ Vodacom and Cell C must provide an option to roll over unused data.
News
4 years ago

This immoral daylight robbery of the poor by mobile network providers, happens despite the fact the many wealthier users of data do have other avenues to access data for free especially in their workplaces, in the upmarket malls/shopping centres where they wine and dine, and some of the estates where they reside.

Vodacom and MTN are the architects of a deeply unequal regime wherein large quantity of unused data bought by the rich expire while the poor are dying because of inability to buy data.

In the 21st Century, data is no longer a luxury but a basic need and an important enabler for citizens to meaningfully participate in the socio-economic, political and cultural life of the rapidly changing age of information.

It is not only central to economic growth, but plays a salient role in communication, and in the ability of citizens to access opportunities, especially now that many processes both in the private and public sectors have been automated, and largely depends on the ICT platforms.

South African is preparing for it’s 5th General Elections, and many of the campaigns which communicate the political party’s manifestos happen on social media platforms like WhatsApp through videos, Twitter through live chats, and Facebook though live videos.

The inability of the poor to access data cheaper deprives them an opportunity to make an informed decision on which party to vote for, and threatens our hard fought democracy because lack of information on political choices, and this might discourage the excluded from exercising their right to vote.

What happened to the Touch and Gareth radio dynasty?

Less than a year after teaming up to usher in a new digital internet radio era‚ radio moguls Tbo Touch and Gareth Cliff have split — with those close ...
Entertainment
5 years ago

South Africa’s unemployment remains stubbornly high, with an official unemployment rate of 27.1%, and with 53% of the youth unemployed. The cost of looking for work is amongst the reasons why unemployment is so high in South Africa as lack of access to information is a major hindrance for job search efforts.

The Department of Public Services and Administration has recently introduced an electronic Z83 application form, and other companies in the private sector are introducing digital interviews through Skype. By eliminating the cost of transport to commute to submit application forms and for interviews, these data dependent initiatives reduce the cost of looking for work. However this might not achieve their desired outcomes if data remains inaccessible to the poor, because of price.

Small, Medium and Micro-sized Enterprises (SMMEs) are crucial in the development of a country’s economy, and the National Development Plan (NDP) makes a bold aspiration that by 2030, 90% of all jobs should be created by SMMEs.

This bold aspiration is made against a hostile background of almost up 80% of SMMEs failing in their first two years of trading, and access to technology being one of the reasons SMMEs fail. The high cost of data this undermines this noble development objective outlined in the NDP, by depriving SMMEs access to technology which is extremely necessary for their survival and competitive advantage.

It is possible for data prices to be trimmed; this is according to ICT guru Romeo Kumalo.  South Africans are watching closely a campaign titled ...
Business
5 years ago

It is impossible to imagine the future without thinking about digitalization, the internet, online shopping, artificial intelligence, blockchain, robotics and online universities amongst many things. All these digital instruments which are necessary for human progress and development, and the future economy, depend on access to data.

Failure to make data available cheaper or free to the majority of South Africans will result in their systematic exclusion in participating and shaping this future, and consequently trapping them in the shackles of poverty, unemployment, and underdevelopment.

The social cost of allowing Vodacom and MTN to rob poor South Africans, majority of whom are African and female, of the future they deserve by keeping the price of data exorbitantly high when compared to other countries similar to ours, might be greater than that of Apartheid South Africa.

- Ndumiso Mokako is a member of the ANCYL NEC, but writes in his personal capacity.