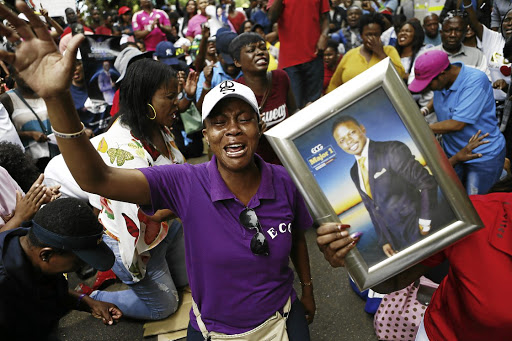 Supporters of controversial prophet Shepherd Bushiri packed the Pretoria Specialised Commercial Crimes Court when he and his wife, Mary, appeared on charges of fraud and money laundering on Monday.

It was sad to see how desperate they were for the man they call the "Major 1" to be freed, as they demanded that he be released from jail. They accused the government of cooking up charges against Bushiri as it "targeted" him.

But none of Bushiri's supporters gave us valid reasons why they believed the Major 1 was wrongfully arrested.

Instead, we heard wild statements of how wonderful the man of the cloth was, as one supporter asked reporters: "Where were they as papa rose my father from the dead?" If that had happened it would have made headlines across the world, as people would have rushed to see "modern day Lazarus".

It was heartbreaking to see adults refuse to see reason, as it was clear that Bushiri could do no wrong in the eyes of his supporters. Bushiri also faces a charge of contravening the Prevention of Organised Crime Act.

This apparently relates to his purchase of a jet in 2015 that cost $1147200 cash, allegedly contravening exchange regulations.

Fair enough, he has not been convicted of any crime but these are serious charges that should be taken as such.

We urge Bushiri's devotees to allow law enforcement agencies to do their work.

If Bushiri is innocent he will be cleared by the court.

It is worrying, though, how we, as communities, have lost trust and respect for law enforcement agencies in defence of our so-called "spiritual leaders".

How did we arrive at this stage where pastors and priests can do no wrong in our eyes and in the eyes of their congregants?

As the Bushiris make their second court appearance today, ask yourselves why would an entire government ignore all the other issues, like the struggling economy and high crime rates, and focus on persecuting one man.

We also reiterate the call for the state and other stakeholders to fast-track their plans to regulate churches.

Shepherd Bushiri will spend two more nights behind bars after he was remanded in custody until Wednesday.
News
2 years ago
Next Article