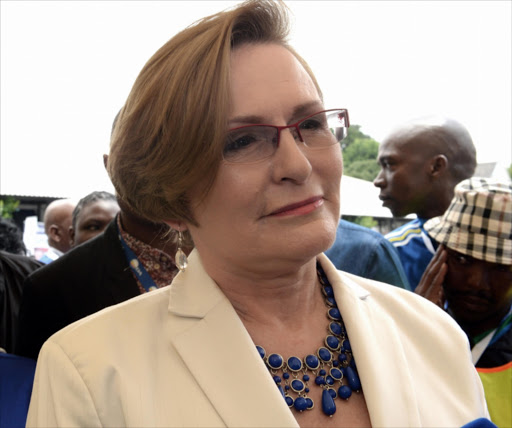 The comment made by Western Cape premier and former DA leader has rightly been met with disapproval.

Helen Zille, in a moment of madness only she can explain, took to social media and declared she would be ready to call for a tax revolt should there be no action taken against those implicated in wrongdoing in the Zondo commission into state capture.

It is an irresponsible statement to score cheap points with an electorate that has evidently grown despondent and fatigued with almost daily revelations of the scale of the problems facing SA today.

Corruption has eaten so badly at the nation's socio-political fabric that many may be excused for throwing up their hands in despair.

This stems, as Zille in her rather unfortunate rant and sub-rants may claim, from the fact that previous inquiries of this nature have often resulted in those found in the wrong walking scot-free because of their political connections.

Given the body of evidence, seemingly at the disposal of law enforcement agencies, the only missing ingredient to let the law take its course was the lack of political will.

But now there is a new sheriff in town in the prosecutor's office in the form of advocate Shamila Batohi, who began her tenure as the national director of public prosecutions on Friday.

She has declared her intention to prosecute cases without fear, favour or prejudice, as the mantra goes. Her appointment is seemingly in tandem with the intentions of the highest office in the land, which has been at pains to declare a new beginning premised on doing what is right.

So it is hardly the time for anyone bored with the mundane nature of their everyday existence to make a call to arms the way Zille did. Not even at the height of apartheid did the black majority call for a tax revolt.

It is heartening, though, to hear the voice of disapproval of Zille's madness coming from within her party.

Madame premier, just as much as there might have been temptation for a Samson approach to collapse everything as apartheid stubbornly refused to die, there was untold wisdom in keeping a semblance of functionality going.