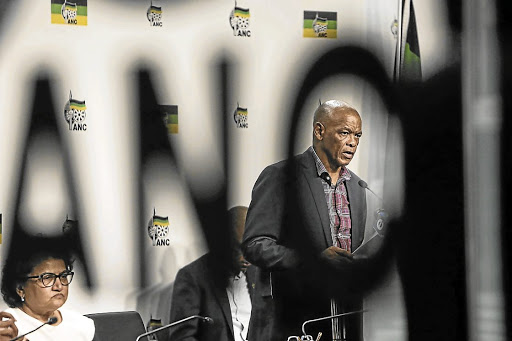 Without a recording of the meeting, or at least one of the people who attended spilling the beans, we may never fully know what transpired at Maharani Hotel last week.

The ANC Women's League, following the publication of the story, has come out to rubbish claims of a plot. So did ANC Youth League presidential hopeful Thanduxolo Sabelo.

According to the newspaper Magashule and women's league secretary-general Meokgo Matuba denied even the fact that a meeting with Zuma took place.

This despite the fact that the newspaper is in possession of a picture - taken at the beachfront hotel - showing Zuma, Magashule, Matuba and former North West premier Supra Mahumapelo in a discussion.

If there was nothing sinister about the meeting, why deny that it did take place? In what capacity was Mahumapelo attending the meeting given that, a few days earlier, he had been stripped off his only remaining post - that of being ANC North West chairperson?

Is it a coincidence that, barely two days after the meeting in which challenging the current ANC leadership through courts was allegedly discussed, about four pro-Mahumapelo North West regions wrote to Luthuli House threatening to go to court over the decision to remove the former premier and his provincial executive committee?

The denials of the alleged plot would have been plausible had those who attended the meeting not denied it took place. Now they do appear like people who are hiding something. Meeting and canvassing fightback strategies is not a problem, after all factionalism is the lifeblood of political parties.

However, what would be worrying would be if the intention of these meetings is to reverse the clock and return SA to the bad old days of the Zuma-Gupta governance. It is time to move on and for our political parties and government to focus on a crisis that has been with us for almost two decades: an economy that is unable to create jobs for the youth.