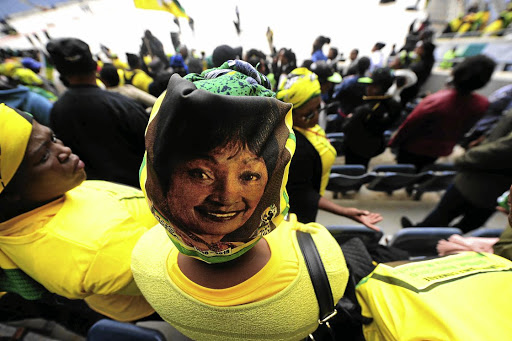 The writer feels Winnie Madikizela-Mandela's political career was hamstrung by sexism, patriarchy and misogyny in her party, the ANC.
Image: Thulani Mbele

If the question was asked in 1990 on who should lead the ANC Women's League, I am certain the answer would have been either Albertina Sisulu or Winnie Nomzamo Madikizela-Mandela.

However, Madikizela-Mandela did not lead the ANCWL after its unbanning and first conference in 1991.

The coveted prize of president was bestowed on Gertrude Shope and Madikizela-Mandela was a co-opted member of the national executive.

It is important to note that the ANCWL, after its unbanning, was largely driven by the women who had been in exile.

However, there was a recognition from these leaders that there were other women who had gravitas to advance the women's cause within the ranks of the ANC and beyond, hence the co-option of Madikizela-Mandela to the national executive committee in 1991.

I am certain that the first meeting of the ANCWL executive was fascinating as most of the women from exile were meeting her face-to-face and hearing her views on different subjects for the first time.

After all, she had kept the Struggle fires burning against apartheid.

But this force of nature totally outfoxed her sisters.

Between 1991 and 1992, she was removed from the NEC of the ANCWL following several allegations against her, including that she had killed Stompie Seipei.

But delegates at the 1993 ANCWL conference in Durban, demanded that she be called to the venue to answer to the allegations that led to her removal.

She gave an account of the allegations levelled against her with flair, charisma and calmness. She floored the leadership and the delegates nominated her for the position of president. She came out victorious.

If Madikizela-Mandela could mount such a political comeback why did the presidency of the ANC eluded her?

It is a known fact that Madikizela-Mandela's election as ANCWL president caused uneasiness, anxiety and discomfort in the ANC and even among the ANCWL, stemming from the allegations levelled against her of impropriety and her role in the murder of Seipei.

The ANC leadership preferred Nkosazana Dlamini-Zuma to lead the ANCWL. She was encouraged to contest the position on the eve of the 1997 ANCWL conference in Rustenburg, which Madikizela-Mandela won again.

The odds were stacked against her in the ANC. She could not have been elected president or even deputy president of the ANC precisely because of who the ANC and some in the ANCWL believed she was.

Most in the ANC had formed a particular image of Madikizela-Mandela and that was informed by their own idiosyncrasies, prejudices, envy and fear of this woman.

Today, the leaders of the ANC heap praise on her, telling us that she spoke truth to power.

I guess they were content that she could speak truth to power as long as she was not that power.

These leaders have today suddenly realised the incredible strength, courage and resilience Madikizela-Mandela had.

I guess they are more comfortable in recognising all these traits in her death because she can never challenge their power now.

What Madikizela-Mandela's life has taught me can best be described in the words of Chimamanda Ngozi Adichie: "It is not your job to be likable. It is your job to be yourself."