Charlene Smith | Why Winnie has earned empathy, not judgement 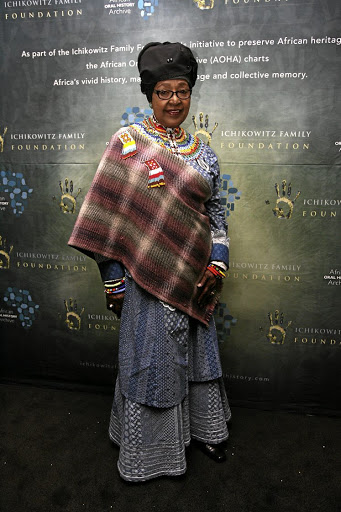 I am so appalled by some white trash know-nothing comments about Winnie Madikizela-Mandela, that I need to weigh in.

If Madiba could forgive and honour her, and then not punish white South Africans for what we put her and others like her through, how dare you judge her?

Winnie Mandela, when I first met her in 1976, was the most beautiful woman I'd ever seen, tall, imperious, with a gorgeous deep voice and a low sexy laugh.

I interviewed her after she had to stop work for a cobbler, because security police harassment was so intense, business to the store fell off. It had been this way for 13 years, ever since the jailing of her husband, Nelson Mandela in 1963.

Now that she has died, the clichés about her life are rolling in thick and fast. How eager we are to forget, and in refusing to remember, we perpetuate the harm she experienced in life.

The Truth and Reconciliation Commission hearings in 1998 found she played a role in the murders of Stompie Seipei, 13, Lolo Sono and others. In 1992, she was charged with ordering the death of Dr Abu-Baker Asvat.

A decade later she was charged and convicted on multiple counts of fraud and theft, but never served jail time. And yet she deserves our empathy - and I will tell you why.

In the 1970s she was a source of inspiration to many young people, some of whom flocked to her home after the 1976 uprising. Some went into exile, others remained and, coached by her, became leaders of the United Democratic Front.

Winnie was banished to a dusty village, Brandfort, hundreds of kilometres from her Soweto home, and that, and an incident in 1969, broke her.

In 1969, the security branch came to her Soweto home at 3am. She was alone with her daughters, aged 10 and nine. Winnie asked to fetch her sister one street up so the girls would not be alone. The police refused, she was taken and her children left alone. She spent 18 months in solitary confinement, naked, not allowed to wash, and not allowed out for exercises. She did not know what had become of her girls.

She was not allowed sanitary towels when she had periods, nor water or cloths to clean, and so the blood caked on her. She made friends with cockroaches.

I've been in the cell at the Old Fort that she was held in. It is narrow with high, thick walls and is oppressively dark when the door is closed, as it was for 18 months.

I believe she experienced profound post-traumatic stress. It was never treated. Instead, she was expelled to Brandfort. Winnie was isolated and lonely and it was here that the drinking and drug-taking began, and affairs with younger men.

The conservative black folk of Brandfort township grew to loathe her.

When she went back to Johannesburg, in defiance of her banning order, Madiba was already in secret communications with the apartheid government.

She formed the Mandela United Football Club and it became an instrument of torture and murder of young men wrongly accused of being spies. At the TRC hearings where its activities were recounted, Archbishop Desmond Tutu, who knew her for a long time, put his head on the table and cried.

Mandela wrote, "I have often wondered whether any kind of commitment can ever be sufficient excuse for abandoning a young and inexperienced woman in a pitiless desert."

And so, when he came out of jail in 1990, it was with his hand in hers, even though a few Sundays before his release her explicit love letters to a young lawyer were released. On the night of his return to Soweto, she left the house in the early hours of the morning with the lawyer in full view of the world's media.

Zwelakhe Sisulu, who accompanied them to the US not long after, said she would yell at Madiba in hotel rooms.

Winnie was unrepentant, she ran up huge bills on Mandela's tab, was convicted on multiple counts of theft and fraud, and became an embarrassment.

Lots of false pieties will be said about her now. The truth is that once there was a beautiful, proud woman who studied social work with an older woman, Albertina Sisulu. Through her she met a handsome, brilliant lawyer called Nelson Mandela. They fell in love. He divorced his first wife to marry her. They had two children. Their marriage was passionate. He adored her. I don't believe he ever loved anyone as much. However, their life was never normal because of his political activities, which she embraced.

Even in her death, people do not realise how she suffered, how damaged she became and how it hurt her and those who cared for her most.

It is in remembering and healing a wounded people that we honour the legacy of Winnie Madikizela-Mandela.

Sleep with the angels, Nomzamo.