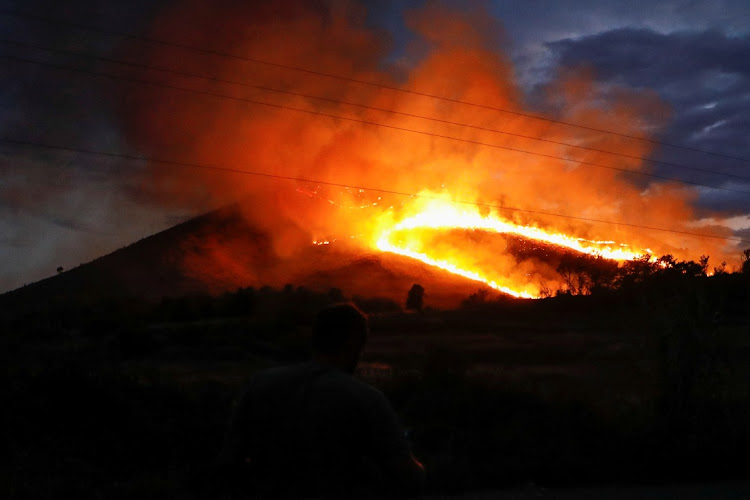 Smoke rises from the forest due to a wildfire in Bushat, Shkoder, Albania, August 3, 2022.
Image: REUTERS/Florion Goga

Wildfires raging through Europe this summer have burnt the second-largest area on record, even though the region is only halfway through its typical fire season, according to data from the European Union's Joint Research Centre.

Wildfires have burnt 600,731 hectares in EU countries this year so far, the data showed. That ranks as the second-highest total for any year since 2006, when records began. In 2017, 987,844 hectares were burnt.

This year's burnt area is more than double the size of Luxembourg. No other year in the data set had seen such a high amount of burnt land in Europe by August.

Climate change is worsening fires, by increasing the hot and dry conditions that help them spread faster, burn longer and rage more intensely. Hotter weather saps moisture from vegetation, turning it into dry fuel — a problem worsened by shrinking workforces in some areas to clear this vegetation.

Britain swelters on its hottest day ever as temperatures hit 40C

Britain recorded its hottest day ever on Tuesday, with the temperature exceeding 40C (104F) as a heatwave gripping Europe intensified, forcing train ...
News
3 weeks ago

“Today's fires in the Mediterranean can no longer be extinguished... Large fires are getting bigger and bigger,” he said.

The JRC data covers wildfires bigger than 30 hectares, so if smaller fires were included the total burnt would be even higher.

Southern European countries such as Portugal and Greece experience fires most summers, but hotter temperatures are pushing severe wildfire risk north, with Germany, Slovenia and the Czech Republic among those hit this season.

Some action can help to limit blazes, such as setting controlled fires that mimic the low-intensity fires in natural ecosystem cycles.

But without steep cuts to the greenhouse gas emissions causing climate change, scientists concur that heatwaves, wildfires and other climate impacts will worsen significantly.