Ghislaine Maxwell should get 30-55 years in prison, US Says 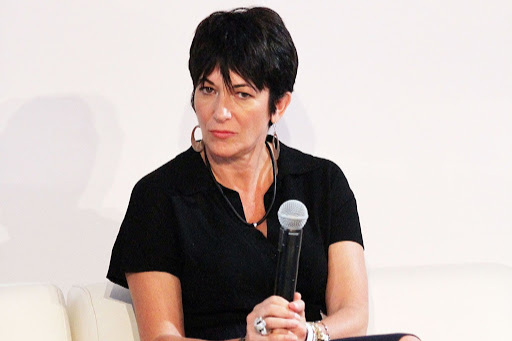 The government submitted its sentencing recommendation on Wednesday in federal court in Manhattan, a week after Maxwell filed her own memo asking that she be given less than six years in prison. US District Judge Alison Nathan, the federal judge who presided over the case and is now on the second US Circuit Court of Appeals, will sentence Maxwell on June 28.

Maxwell, 60, was found guilty in December on five counts, including sex-trafficking of a minor, a verdict that was hailed as long-delayed justice for Epstein’s victims. Four women took the stand during their trial and described their abuse by the couple.

“In her wake, Maxwell left her victims permanently scarred with emotional and psychological injuries,” prosecutors said. “That damage can never be undone, but it can be accounted for in crafting a just sentence for Maxwell’s crimes.”

Prosecutors called the Oxford-educated Maxwell a “sophisticated predator” who befriended the girls and often acted like a big sister, taking them shopping or to the movies, before forcing them into sexual encounters with Epstein. At least two victims testified Maxwell participated in some of the abuse.

No new trial for Ghislaine Maxwell despite juror's false statement

Ghislaine Maxwell on Friday lost her bid to overturn her US sex trafficking conviction, even after a juror acknowledged having falsely stated before ...
News
2 months ago

According to federal sentencing guidelines calculations, Maxwell’s crime warrants a sentence of 24 years to 30 years.

“Maxwell sexually exploited young girls for years,” prosecutors said. “It is difficult to overstate the magnitude of her crimes and the harm she caused. Her crimes demand justice.”

In her own submission, Maxwell argued for leniency, saying she and her siblings had been mentally and physically abused as a children by their father, British publishing tycoon Robert Maxwell. She also repeated her argument at trial that prosecutors scapegoated her for the crimes of Epstein, with whom she said she had not had any involvement for nearly two decades.

Epstein was found dead in his Manhattan jail cell in 2019 while awaiting trial on his own sex-trafficking case.

The case is US v. Maxwell, 20-cr-330, US District Court for the Southern District of New York (Manhattan).

The judge in Ghislaine Maxwell's sex abuse trial on Friday set a sentencing date of June 28 but said she is still weighing Maxwell's request to ...
News
5 months ago

Britain's Prince Andrew failed to persuade a US judge to dismiss Virginia Giuffre's lawsuit accusing the Duke of York of sexually abusing her when ...
News
5 months ago

A US judge on Tuesday appeared skeptical of a bid by Britain's Prince Andrew to dismiss Virginia Giuffre's lawsuit accusing the Duke of York of ...
News
5 months ago
Next Article