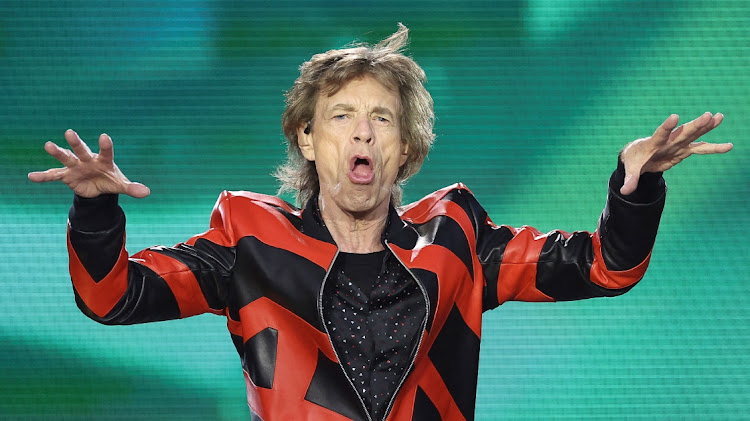 Mick Jagger of The Rolling Stones performs at Anfield Stadium as part of their "Stones Sixty Europe 2022 Tour", in Liverpool, Britain, on June 9, 2022.
Image: CARL RECINE

Rolling Stones singer Mick Jagger is in quarantine in the Netherlands after testing positive for Covid-19, a spokesperson told Reuters on Tuesday, adding the band will miss a second show on its “Stones Sixty” European tour.

Jagger experienced symptoms after arriving at Amsterdam's Johan Cruyff Arena and Monday's performance was cancelled at the last minute.

A concert scheduled for Friday in Bern, Switzerland has been postponed to a later date, the band said in a statement.

A spokesperson said that Jagger, 78, was adhering to a 5-day quarantining period in the Netherlands.

Amsterdam was the fourth stop in the tour and followed an appearance in Liverpool on Thursday.

“The Stones Milan show on Tuesday, June 21 at San Siro Stadium goes ahead and will take place as scheduled,” a statement said.

Australian Prime Minister Scott Morrison led a cascade of tributes to Shane Warne as the country woke up on Saturday to the news the cricket great ...
Sport
3 months ago

Remixing his solo hits for a new best-of package convinced Sir Mick Jagger to revisit an album he recorded with producer Rick Rubin, but ...
News
14 years ago
Next Article