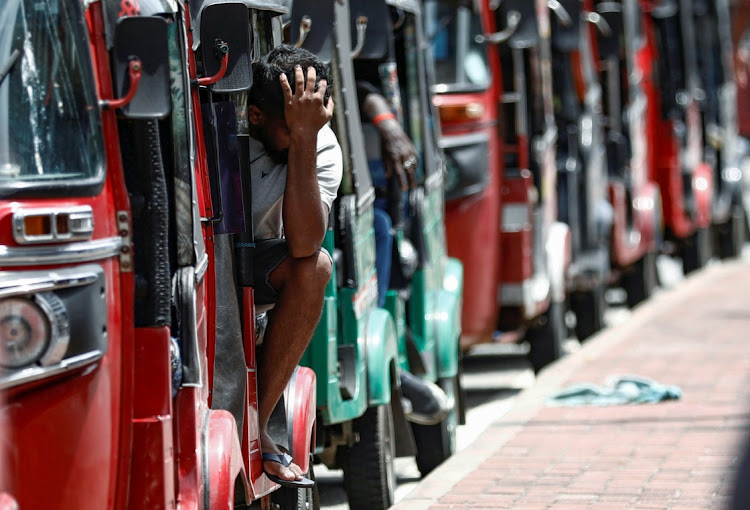 A man waits inside a three-wheeler near a line to buy petrol from a fuel station, amid the country's economic crisis, in Colombo, Sri Lanka, May 23, 2022.
Image: REUTERS/Dinuka Liyanawatte

Long queues snaked around gas stations in Sri Lanka's commercial capital and its outskirts on Monday even though the island nation's government was scrambling to deliver fuel supplies and douse any unrest as it battles a devastating economic crisis.

Kanchana Wijesekera, Sri Lanka's minister for power and energy, said supplies of 95-octane gasoline, mostly used in cars, had been received and were being distributed across the country of 22 million people that has been struggling with fuel shortages for months.

“With the 2 cargo vessels unloaded, petrol stocks will be available for the next 6 weeks comfortably,” Wijesekera said in a tweet.

Sri Lanka is in the throes of its worst economic crisis since independence, as a dire shortage of foreign exchange has stalled imports and left the country short of fuel, medicines and hit by rolling power cuts.

The financial trouble has come from the confluence of the Covid-19 pandemic battering the tourism-reliant economy, rising oil prices and populist tax cuts by the government of President Gotabaya Rajapaksa and his brother, Mahinda, who resigned as prime minister this month.

M. Sudeera, an auto-rickshaw driver, was waiting in a two-kilometer (1.5-mile) -long queue at Kumbuke, on the outskirts of Colombo, to fill his vehicle, a popular form of public transport in the city and its suburbs.

Sri Lanka's central bank said on Tuesday it had become "challenging and impossible" to repay external debt, as it tries to use its dwindling foreign ...
News
4 months ago

“Last time, I spent two days in line for 3,000 rupees ($8.46) worth of fuel. With that I did a few hires but it's barely enough to cover costs,” Sudeera said, standing beside parallel queues of auto-rickshaws, cars and motorcycles.

“Usually we run during the day and spent the night in line for fuel,” he said. “I've never seen anything like this.”

Veteran politician Ranil Wickremesinghe, who took over as prime minister earlier this month, has warned of hardship worsening over the coming months, including food shortages.

Inflation in the island nation rose to 33.8% in April, compared to 21.5% in March, according to government data released on Monday.

Wickremesinghe's cabinet was expanded on Monday, with eight new ministers sworn in for portfolios including agriculture, fisheries, industries, transport and highways, water supply and irrigation.