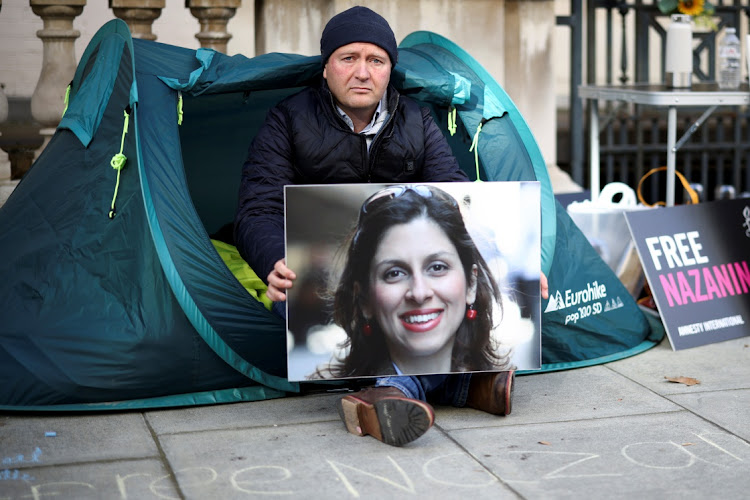 British-Iranian aid worker Nazanin Zaghari-Ratcliffe and dual national Anoosheh Ashoori arrived in Britain from Iran on Thursday, ending an ordeal during which they became a bargaining chip in Iran's talks with the West over its nuclear programme.

They arrived at the British military airbase of Brize Norton in Oxfordshire, shortly after 1am local time, after they flew back via a brief stopover in Oman.

“I am very pleased to confirm that the unfair detention of Nazanin Zaghari-Ratcliffe and Anoosheh Ashoori in Iran has ended today, and they will now return to the UK,” Prime Minister Boris Johnson said earlier on Twitter.

Zaghari-Ratcliffe's husband Richard said the long ordeal appeared to finally be over. “It's just a relief, the idea that we can go back to being a normal family, that we don't have to keep fighting, that this long journey is almost over,” he told Reuters outside his London home before she landed.

A statement from Ashoori's family thanked everyone who had worked towards his release. “1672 days ago our family's foundations were rocked when our father and husband was unjustly detained and taken away from us.

“Now, we can look forward to rebuilding those same foundations with our cornerstone back in place.”

Antonio Zappulla, CEO of Zaghari-Ratcliffe employer, the Thomson Reuters Foundation, said her release was “a ray of light and hope” at a time when the world was in turmoil. The foundation is a charity that operates independently of Thomson Reuters and its news subsidiary Reuters.

In February, as months of talks on reviving a 2015 nuclear deal inched closer to an agreement, Iran, which holds a dozen Western dual nationals, said it was ready for a prisoner swap in return for the unblocking of frozen assets and release of Iranians held in Western jails.

The nuclear talks were close to an agreement 11 days ago until last-minute Russian demands for sweeping guarantees that would have hollowed out sanctions imposed following its invasion of Ukraine threw the negotiations off track.

Russia now appears to have narrowed its demands to cover only work linked to the nuclear deal, leaving a small number of issues to be resolved between Washington and Tehran, diplomats say.

Oil prices tumbled more than 7% to their lowest in almost three weeks on Tuesday as supply disruption fears eased and surging Covid-19 cases in China ...
News
5 months ago

Iran's clerical rulers say Britain owed Iran 400 million pounds ($520 mln) that Iran's former monarch, the Shah, paid up front for 1,750 Chieftain tanks and other vehicles, almost none of which were delivered after the Islamic Revolution of 1979 toppled the US-backed leader.

British Foreign Secretary Liz Truss said Britain had been looking at ways to pay the debt.

“We have the deepest admiration for the resolve, courage and determination Nazanin, Anoosheh and Morad, and their families, have shown. They have faced hardship that no family should ever experience and this is a moment of great relief,” she said in a statement.

“In parallel, we have also settled the IMS debt, as we said we would,” she added, referring to the debt for military equipment. She said the debt had been settled in full in compliance with international sanctions on Iran and the funds would be ring-fenced for buying “humanitarian goods.”

Iran's top diplomat Hossein Amirabdollahian on Wednesday said Britain had paid its debt a few days ago, denying any links between the payment and the release of the prisoners.

Zaghari-Ratcliffe's protracted difficulties began with her arrest by Revolutionary Guards at Tehran airport on April 3, 2016, while trying to return to Britain with her then 22-month-old daughter Gabriella from an Iranian new year's visit with her parents.

She was later convicted by an Iranian court of plotting to overthrow the clerical establishment. Her family and the foundation denied the charge.

Ashoori was sentenced to 10 years in jail in 2019 for spying for Israel's Mossad and two years for “acquiring illegitimate wealth”, according to Iran's judiciary.

The Thomson Reuters Foundation said that Zaghari-Ratcliffe had travelled to Iran in a personal capacity and had not been doing work in Iran.

The West has double standards

Superpowers use smaller nations as battlegrounds

The ambition of Russia's invasion of Ukraine has sent deadly shivers across the globe. Russia's Vladimir Putin should learn from the humanitarian ...
Opinion
5 months ago

Tensions between Russia and the US are high and rising between the US and other countries such as North Korea, Iran and China. This high level of ...
Opinion
6 months ago
Next Article