‘Traumatised but full of life’: Ronnie Apteker’s moving post on his Ukraine experience 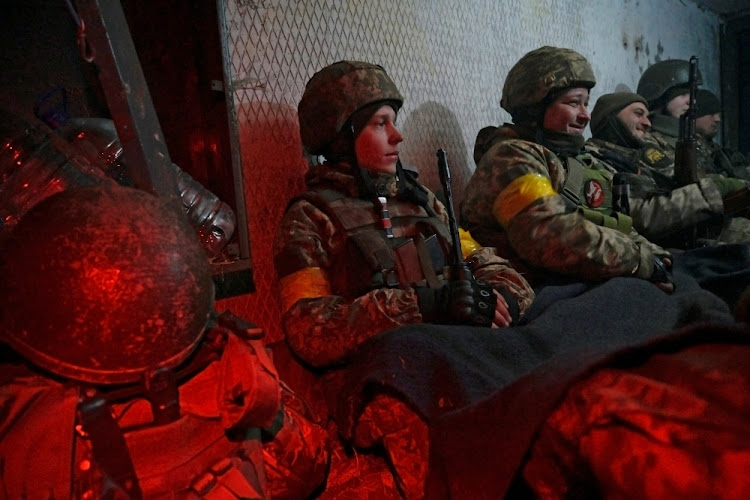 Ukrainian servicemen take cover in a shelter at fighting positions at the military airbase Vasylkiv in the Kyiv region, Ukraine on February 26 2022.
Image: REUTERS/Maksim Levin

Internet Solutions co-founder Ronnie Apteker, who is among the South Africans stuck in Ukraine, has penned an emotional account of the events that are unfolding in a blog post.

Apteker has for more than two decades invested in independent films, working with director Craig Freimond on movies including comedian Riaad Moosa's Material. He lives for part of the year in Ukraine, where he was working on a documentary film project about the IT landscape there prior to the Covid-19 lockdown in 2020.

Here he writes about his experience in the midst of the Russian attack on his adopted country:

If I am making mistakes at the moment please forgive me. We are all broken here and traumatised and nothing is making much sense. If I have ever hurt you in your life or disappointed you, then I am truly sorry. I have never set out to hurt anyone in this world. But I have made many mistakes.

I never thought I am good writer. My friend Craig Freimond is a good writer. He is a very good writer. But I love writing and I am confident and full of life. I am gonna try write a bit this week. I need to.

I got about six hours of sleep last night. I had slept about five hours over the previous three nights and this morning my head is not pounding. So I am sitting here trying to capture some of things I have seen in the past three days. 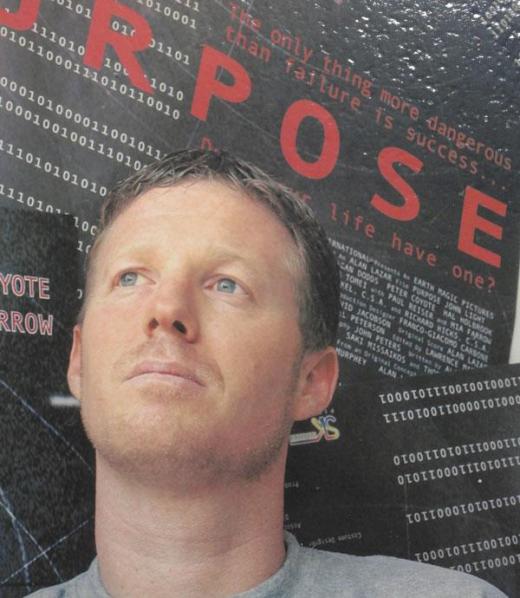 Ronnie Apteker, an IT entrepreneur turned filmmaker, describes being in Ukraine during the Russian attack.
Image: PrettyApt.com

We left Kyiv on Friday morning. Marta told me to pack fast. I was in a state of shock. I packed mainly food and stuff for the Bunster. I did take my laptop. I have got no clothes now and will need to get some soon.

We were woken at around 5.30am with air raid sirens blaring in the city. It was still dark and about 2 degrees outside. The sun comes about 7am. The country was at war. Our lives were about to change.

The drive out of Kyiv was like something out a movie. Cars as far as the eye could see. Each packed with luggage. You could not see into the rear window of any car in front of you — the luggage was everywhere. Europe could be facing the biggest refugee crises ever. And yes, I am now a refugee too.

We are staying at Marta’s aunt and uncle’s apartment in Lviv. We are 600km from Kyiv and away from the danger. Of course, if Putin drops a nuclear bomb this week, then who knows where it will be safe ... anywhere in the world. Yes, the pandemic changed the world, and this is changing the world too.

I read this in the UBN this morning : “Nobody expected that Ukraine would fight back so furiously. Boxing champions and politicians are joining the army and this is just the beginning. Nobody ever tried to fight the Putin regime, however, Ukraine did.  Do you all realise this is the beginning of Putin’s era end?”

I have heard the word “naive” a lot today from my friends and colleagues in Ukraine. Putin may just destroy all of Europe. Don’t be naive. If he is humiliated he will take everyone down with him. I can see that clearly now.

We did try leave to head across the border into Poland but found it impossible. We have the Bunster and some people are waiting in their cars, or on foot, for over 60 hours. It is snowing now, and we cannot sit in a car for days with a baby.

To drive around takes forever. It doesn’t matter what it says on Google. There are road blocks everywhere.

The 193-member United Nations General Assembly began meeting on the crisis in Ukraine on Monday ahead of a vote this week to isolate Russia by ...
News
5 months ago

Civilians are checking for Ukrainian males that may not be joining the war effort. I have a foreign accent and an Austrian passport so they let us get on our way.

I love Kyiv. It is one of the world’s best kept secrets. It is a beautiful and big city full of passion and culture. The place where Fiddler on the Roof comes from. That story was written in Kyiv and it was set in a village just outside Kyiv.  I used to come and go from Kyiv since December 2007 when Jacques and I first came here and met Michael. And then about six years ago we bought an apartment there. Well, three of them actually, and joined them all together. It is a quite a pad. Not sure we will ever see it again. I hope I do. We loved that place. It was absolutely stunning. A work of art. We were very lucky.

In 2018 and 2019 we made a short concept film that celebrated Kyiv and the IT entrepreneurs there, and the spirit and passion of Ukraine. We were meant to shoot the film in 2020. I will never forget the date. It was April 6 2020. We had been preparing for over 18 months. Craig was meant to land in Kyiv that day and the small cool crew here of camera guys and sound dudes were locked and loaded. The pandemic hit the world a few months before and the film project, like so many other things in the world, had to press pause. We were then planning to start again this year. Craig was gonna fly here in May and we would continue. And now, the world changed yet again.

It is a whole different story now. We were working on a narrative that explored old Soviet culture and how it shaped modern Ukrainian entrepreneurs and the tech world here. War though is a different proposition.

When we were leaving Kyiv on Friday morning it took us two hours to drive the first 50km. Tanks were coming into the city and soldiers in big military vehicles, on the opposite of the road. These were the Ukrainian soldiers going to fight. Fighter jets were flying overhead, and bomb blasts were heard and all the cars shook. There was fear in the air and all of us were sweating non-stop. It was surreal.

In the end, it took us around 17 hours to drive 500km. I did not eat for two days. Just sips of water to try sooth the dryness in my mouth. I had no appetite at all. We did not stop once and when we arrived we literally collapsed. The last three hours of the drive, was on makeshift country back roads, filled with potholes, that South Africans would be shocked by.

Eastern Cape premier Oscar Mabuyane has added his support to the call for a peaceful resolution to the war between Russia and Ukraine.
News
5 months ago

The next day, on the outskirts of Lviv on our next part of the adventure to attempt to drive to Poland, we saw civilians on the sides of roads taking down road signs so that Russian infiltrators did not know where to go. I saw so many things that looked truly bizarre. Road blocks of course are everywhere. Checking for Russian aggressors and Ukrainian men (who are being called up to fight). And yes, there are babushkas with guns.

I made notes of so many things I saw. It is all surreal.

Our attempt to cross the border into Poland did not work. We had a plan with a diplomatic connection. But alas the law changed in the last few hours of our plan, and well, this is war. Nothing makes sense. Yes, we tried some chutzpah move and almost pulled it off, with a connection, but we are now back in Lviv with family, and this is where we will stay for this week. We literally were waiting for two days and a night here in the west to cross the border. There are millions of people trying to cross the borders in the west of Ukraine.

I have been flooded with love and support — thank you. I have also been swamped with nonsense. People telling me that they have a friend who can help, or, when I get to Poland they have a friend who will take us for dinner and look after us. No-one can help. But thank you. And if anyone was insulted by my behaviour on WhatsApp then get over it. Anyone who knows me knows that I am a kind person and one thing I am not is rude or unresponsive. So again, please just get over whatever it is that made you feel insulted. We live in such a selfish world with such big egos. I also am getting a taste of that now again. Last thing on this, I am also getting messages (way too many) from people I don’t know. Please do not give my number to anyone. I cannot keep up with the texts and no-one can help us. I know you mean well, but you are not helping us at all.

I will try write again more soon. It was a good release now. I am gonna go play with the Bunster after this. He is a cool little dude and he makes us smile and laugh. We need to laugh. Where there is laughter there is hope.

God help us all, and the world.