ANALYSIS | From food to floods, Africa is ‘not ready’ for climate stress, its scientists say 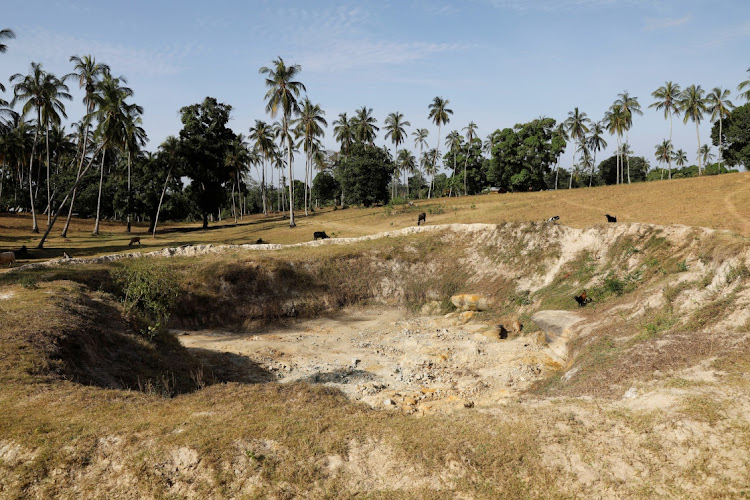 Africa’s population is set to nearly double by 2050, but growth in food production is slowing faster than in any other region of the world as climate change-driven droughts, floods, heat and pests take a toll, African scientists said this week.

As rains grow more erratic, the hydropower many African countries depend on to run their economies is becoming unreliable, while coastal communities face worsening erosion, heat, flooding and migration of fish stocks on which they depend.

However, the money African nations need to tackle those threats is largely missing or coming only in the form of loans, while poor governance and siloed thinking about how to address the problems are hampering effective action, the scientists noted.

“We are not on track to achieve climate resilience,” said Youba Sokona, Malian vice-chair of the Intergovernmental Panel on Climate Change (IPCC), as the UN science body released a report on impacts, adaptation and vulnerability to global warming this week.

When drought ravaged her sorghum and bean crops five years ago, Kenyan farmer Ngina Kyalo did not need to stand in line for food handouts, as in ...
News
3 months ago

It warned that, around the world, efforts to adapt to accelerating pressures — from more extreme heat and drought to increasingly severe floods and sea level rise — are inadequate and threaten billions of people as fossil fuel use keeps rising.

That is despite smart measures to adapt to the impacts — from early warning systems to beefed-up social welfare and growing use of natural flood barriers like coastal mangroves — which are showing promise in many parts of the world.

The new report by 270 leading climate scientists “is a dire warning about the consequences of inaction", said Hoesung Lee, IPCC chair.

In Africa, already battling challenges from widespread poverty to lack of electricity access, pursuing development and a better life for people remains a top focus, the scientists said.

That has led some African officials to question prioritising climate action, arguing the continent should use its oil reserves to spur growth as many richer countries did — especially as enough cash to adopt cleaner energy is not being provided.

Yet climate change threatens to fundamentally undermine development, the IPCC scientists warned, even as efforts to adapt — from crop irrigation to protecting urban slums from floods — could save lives and lift people out of poverty.

“We have to deal with climate change as part of the bigger development challenge we’re facing,” said Debra Roberts, co-chair of the report’s working group and head of city resilience efforts for Durban’s eThekwini municipality.

Christopher Trisos, director of the Climate Risk Laboratory in Cape Town, pointed to a project there to improve water supplies by hiring locals to cut down thirsty invasive trees  after the city nearly ran out of water in 2018.

Such projects boost employment and help protect people from climate shocks, he said,  and could help inform more Africans about climate-related risks and opportunities.

“Education is absolutely necessary for accelerating climate change adaptation in Africa,” Trisos noted, saying studies showed under half of Africans are aware of global warming and that it is human-caused.

Daniel Olago, director of the Institute for Climate Change and Adaptation at the University of Nairobi, said African nations should make use of natural systems — from wetlands to mangroves — to battle floods, rather than rely mainly on building concrete barriers.

The scientists expressed particular concern about “cascading” threats, with rising heat, for instance, driving away fish, making outdoor work harder and parching crops, leading to food shortages that could be global as well as local.

We have this mismatch between where money is being spent and where the vulnerability and exposure are.

Above that, the continent’s economies, health, ecosystems and food production would see “very high” threats — and “we’re not ready for that”, he said.

Africans could significantly lower their risks through adaptation measures, ranging from diversifying crops and rural income sources to targeting flood protection funds at the most vulnerable urban communities in slums, the scientists said.

“We have this mismatch between where money is being spent and where the vulnerability and exposure are,” Roberts said.

The scientists also urged that, for swifter and better-co-ordinated action, climate change should not be treated as an issue just for environment ministries but also put on the agenda of finance, security and agriculture officials.

To make a success of African adaptation, securing more funding for it is crucial, they said.

“The amount of finance being targeted to adaptation is billions of dollars less than even the lowest-cost estimate” of what is required for Africa, Trisos noted.

Roberts warned that the continent, like other parts of the world, could see “irreversible” changes to its food and water supplies and its natural ecosystems, if global fossil fuel use and the climate change it drives are not reined in this decade.

“That window of opportunity will close and then there will be very significant challenges,” she said.