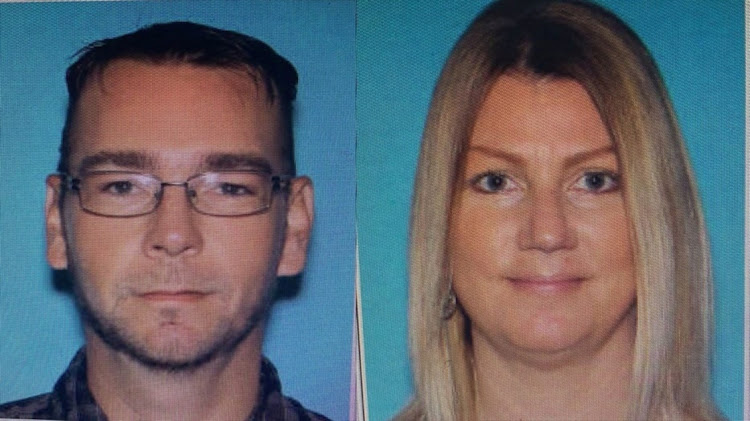 Photographs of James and Jennifer Crumbley, who had been scheduled for arraignment on four counts of manslaughter after authorities say their son Ethan, 15, carried out the deadliest U.S. school shooting of 2021 in Oxford, Michigan, U.S., are seen in these undated handout photos released by police on December 3, 2021.
Image: HANDOUT\REUTERS

Authorities searched for the parents of a Michigan teenager accused of murdering four fellow high school students, after they were charged with involuntary manslaughter on Friday for buying their son the weapon as a Christmas gift and ignoring warning signs as late as the day of the shooting.

A fugitive warrant was issued for James and Jennifer Crumbley, who failed to appear for a court arraignment on Friday, and the Oakland County Sheriff's Office posted a Be On the Lookout notice for them on Facebook.

"If they think they're going to get away, they're not," Oakland County Sheriff Michael Bouchard told CNN.

The pursuit began three days after officials accused their 15-year-old son, Ethan, of carrying out the deadliest U.S. school shooting of 2021, the latest in a long series of mass shootings at U.S. schools.

Two lawyers for the couple, Shannon Smith and Mariell Lehman, said in a statement the Crumbleys were returning for their arraignment and, "They are not fleeing from law enforcement."

Neither Smith nor Lehman responded to questions about whether they were in touch with the Crumbleys, if the pair planned to turn themselves in, or if the arraignment was going forward. Calls to the Oakland County Courthouse were not returned.

The U.S. Marshals Service said its fugitive apprehension team from Detroit was working with the sheriff's office on the search.

Four days before the shooting, Ethan accompanied his father to a gun shop, where James Crumbley bought a semi-automatic handgun, prosecutors said.

Later that day, Ethan posted photos of the gun on social media, writing, "Just got my new beauty today" and adding a heart emoji. His mother posted the next day that the two of them were "testing out his new Christmas present," Oakland County Prosecutor Karen McDonald said.

Michigan law prohibits those under age 18 from buying or possessing firearms, except in limited circumstances such as hunting with a license and a supervising adult.

McDonald told a news conference the charges were intended to "send a message: that gun owners have a responsibility."

Whether prosecutors could prove the parents bought the gun for their son could be crucial, one expert said.

Eric Ruben, a law professor at Southern Methodist University in Dallas, said it would be easier for prosecutors to prevail if they could prove the parents took some direct action that led to the deaths - for example, buying the gun. If they merely failed to act, he said, prosecutors would have to show the parents had some legal duty to the victims. 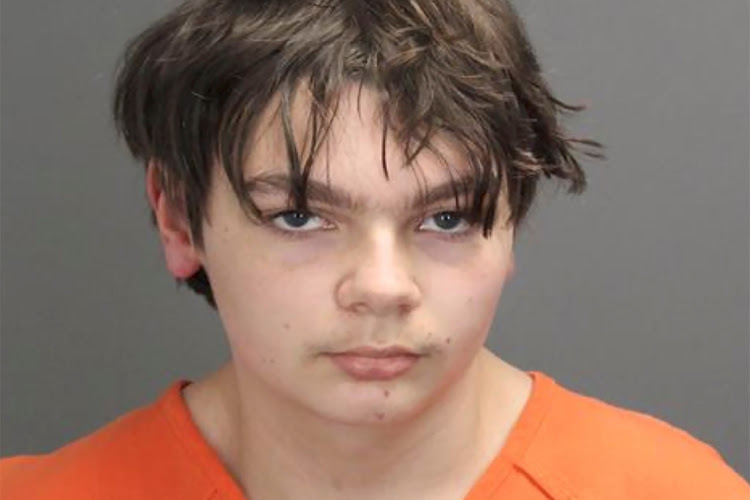 Prosecutors described several chilling warning signs in the days leading up to the shooting at Oxford High School, about 40 miles (60 km) north of Detroit. On one day, a teacher saw Ethan Crumbley searching for ammunition on his phone during class and alerted school officials, who left messages for his mother that went unreturned.

In a text message to her son, prosecutors said, Jennifer Crumbley wrote, "LOL, I'm not mad at you. You have to learn not to get caught."

The morning of the shooting, a teacher discovered a drawing that Ethan Crumbley had made depicting a handgun, a bullet, and a bleeding figure next to the words "Blood everywhere" and "The thoughts won't stop - help me," McDonald said.

James and Jennifer Crumbley were summoned to the school, where they were instructed to get Ethan into counseling within 48 hours, McDonald said. They "resisted" the idea of taking their son home from school and did not search his backpack nor ask him about the gun, she said.

"The notion that a parent could read those words and also know that their son had access to a deadly weapon that they gave him is unconscionable, and I think it's criminal," McDonald said.

Ethan Crumbley was returned to class and later walked out of a bathroom with the gun, killing four students and injuring seven other people, authorities said.

When news of an active shooter at the school broke, Jennifer Crumbley sent Ethan a text message, urging him, "Don't do it," according to prosecutors.

James Crumbley, meanwhile, drove straight home to check whether the gun was there before calling police to report that it was missing and that his son might be the shooter, McDonald said. The gun had been stored in an unlocked drawer in the parents' bedroom.

Unlike some states, Michigan does not legally require gun owners to keep their firearms secured from children.

Ethan Crumbley has been charged as an adult, even though he is under 18.

Six teenagers were wounded on Monday in a drive-by shooting near their high school in Aurora, Colorado, and authorities were searching for multiple ...
News
8 months ago

A Democratic congresswoman said on Friday she plans to relocate her Capitol Hill office for safety reasons after being "berated" by an outspoken ...
News
1 year ago
Next Article