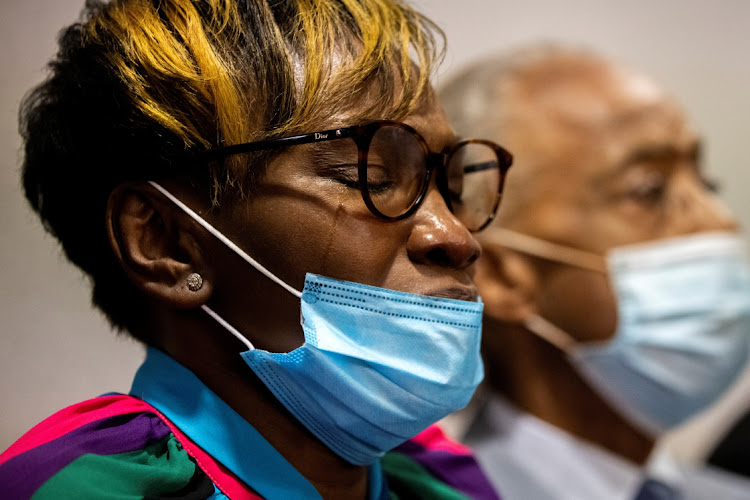 About 100 supporters of Ahmaud Arbery's family and Black activists broke into elated cheers and whoops outside the Georgia courthouse on Wednesday as the judge read the first verdict: "Guilty."

Time after time, with each pronouncement of guilt, the crowd cried "Yes!" and "Guilty!".

Many of them had gathered outside the Brunswick, Georgia, courthouse day after day as the two-week trial of three white men charged with killing Arbery unfolded. All three were convicted on Wednesday of murdering the 25-year-old Black man, who was on a Sunday afternoon run through a mostly white neighborhood.

Listening to an audio feed of the court on a loud speaker, Loretta Wallace, 53, danced and clapped on the sidewalk in response to the verdicts, smiling from ear to ear. "Thank you, Jesus. God answered all our prayers." the nurse's aide said.

A Georgia jury deliberated for more than six hours on Tuesday without reaching a verdict on murder and other charges against three white men who ...
News
1 month ago

Afterwards, the joyful crowd began a call and response chant: "Say his name," answered by "Ahmaud Arbery" over and over.

Travis McMichael, 35, who shot Arbery, his father Greg McMichael, 65, and their neighbor William "Roddie" Bryan claimed they thought Arbery was a neighborhood burglar. The jury rejected the argument of self defense.

Cornell Harvey, 68, the longtime mayor of Brunswick, said he was relieved by the guilty verdicts. He had worried about the possibility of street violence if the trial ended in acquittals.

"This is now a time of jubilation, not tribulation," he said.

Sharon Blue Lee, 65, a retired teacher and president of the local NAACP, said the verdicts brought a measure of justice to the community.

"If anyone has any doubts that justice can be given to a Black man in America, let them look here. But this country has a lot of work to bring justice for all."