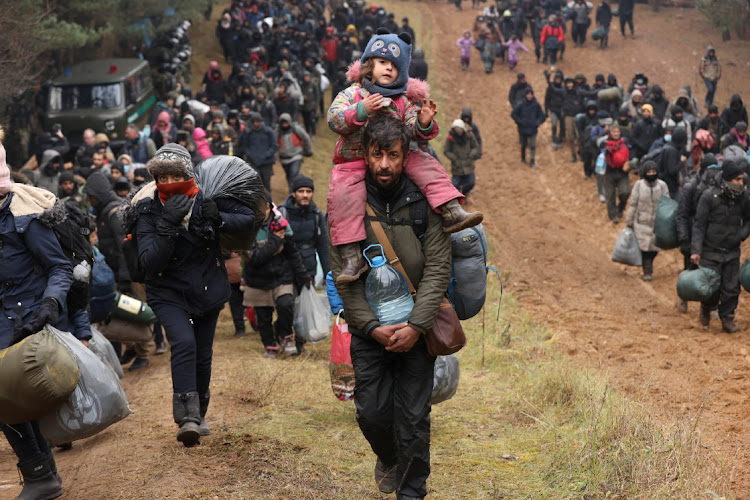 Migrants gather on the Belarusian-Polish border in an attempt to cross it at the Bruzgi-Kuznica Bialostocka border crossing, Belarus November 15, 2021.
Image: Oksana Manchuk

EU foreign ministers meeting in Brussels yesterday were expected to decide further sanctions against Belarus and against the airlines that are flying migrants from the Middle East to Minsk in order to take them to the EU's eastern border.

"We are also trying to help the countries of origin," she told a conference in Munich.

"Russian president Vladimir Putin has influence over Lukashenko and he needs to use this influence. Coming days will be decisive."

Austria slapped a lockdown on people unvaccinated against the coronavirus yesterday as winter approaches and infections rise across Europe, with ...
News
2 months ago

An attorney for the family of a 9-year-old boy who was trampled at a Travis Scott concert in Houston and was on life support for a week said that the ...
News
2 months ago

In the US, over half of children trafficked for sexual exploitation met their abusers for the first time via text, a website or a mobile app, ...
News
2 months ago
Next Article