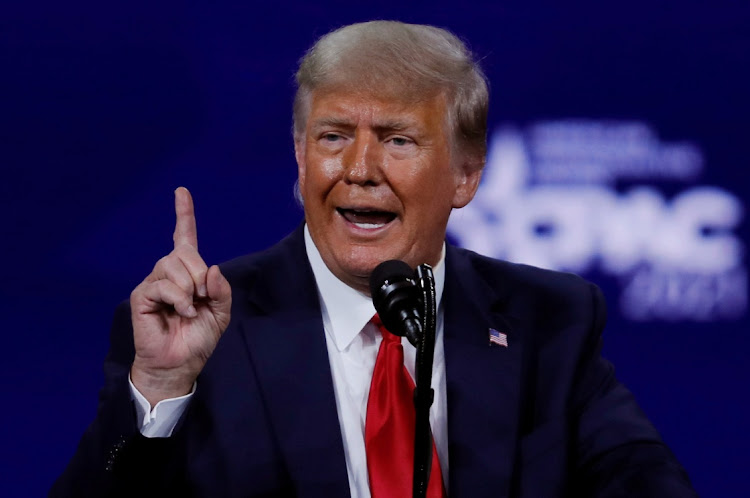 Trump's request for a preliminary injunction against Twitter was filed late on Friday in Miami, claiming the social media company canceled his account in January under pressure from his political rivals in Congress, the report said.

Trump lost his social media megaphone this year after the companies said he violated their policies against glorifying violence.

Hundreds of his supporters launched a deadly assault on the U.S. Capitol on Jan. 6 after Trump in a speech repeating his false claims that his election defeat was the result of widespread fraud, an assertion rejected by multiple courts, state election officials and members of his own administration.

Twitter "exercises a degree of power and control over political discourse in this country that is immeasurable, historically unprecedented, and profoundly dangerous to open democratic debate," Bloomberg quoted the former president's request as saying.

US President Donald Trump continues to make headlines-this time, after he announced that the White House was trying to establish the identity of the ...
News
7 months ago

Arizona Senate President Karen Fann, the Republican who paved the way for the so-called "full forensic audit" of Maricopa County's ballots, said the ...
News
7 months ago

The actor and comedian is home from prison after court reverses sexual assault conviction.
S Mag
10 months ago
Next Article