Vigils held for teacher murdered in London as suspect released 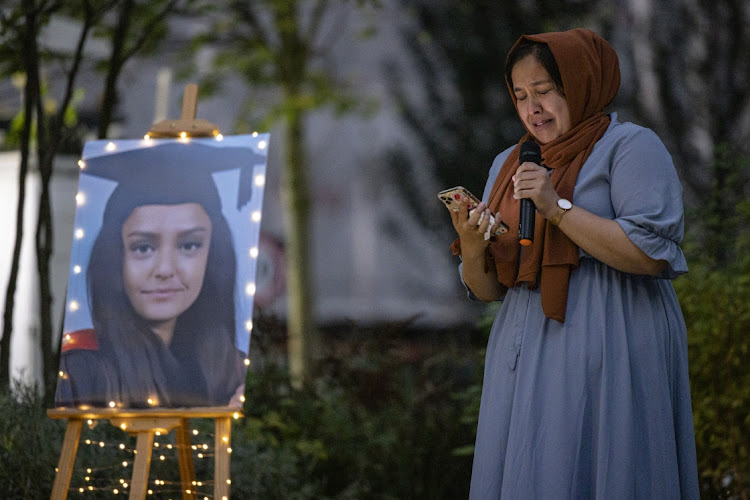 Emotional vigils were held on Friday for a teacher who was found murdered in a London park last week, highlighting again public anger over violence against women, while police said a suspect had been released under investigation.

Sabina Nessa, 28, left her home in south London on the evening of Sept. 17 to make the short walk through a local park to a bar where she was due to meet a friend. She never arrived and her body was found in the park the next afternoon.

There were vigils held in the local area and across Britain to remember Nessa and to highlight violence against women.

"Our world is shattered. We are simply lost for words," her sister Jebina Yasmin Islam said at a vigil near the crime scene.

"No family should go through what we are going through."

Prime Minister Boris Johnson said his thoughts were with Nessa's family and friends at this "deeply distressing time", while Kate, Duchess of Cambridge, said she was "saddened by the loss of another innocent young woman on our streets".

Women have spoken out about their sadness and anger over inaction in ending violence against women after a series of murders that have shocked the country.

Sarah Everard was abducted, raped and murdered in south London in March by a police officer, while a British teenager was found guilty in July of killing sisters Bibaa Henry and Nicole Smallman in a northwest London park last year.

"Women are repeatedly expected to change their behaviour to reduce personal risk, shifting responsibility away from the decisions and the actions of men," local councillor Denise Scott-McDonald said at the vigil.

"Sabina was a teacher, a friend, a sister. She is the latest in a painful, long list of women attacked on our streets."

The Metropolitan Police said they had released a 38-year-old man who had been arrested at an address in nearby Lewisham on Thursday, but that he remained under investigation and could be taken back into detention.

A British police officer on Friday admitted murdering Sarah Everard, whose killing sparked anger, protests and soul-searching across the country ...
News
3 months ago