Prosecutors rest case against R. Kelly after month of testimony 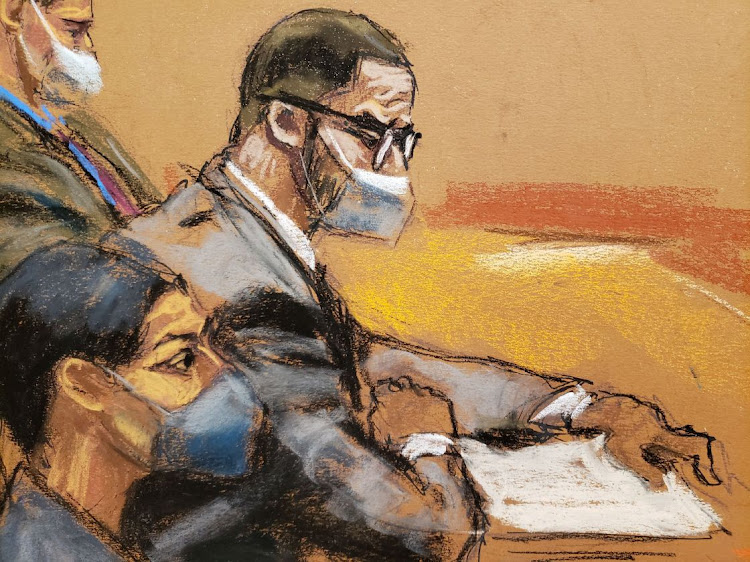 U.S. prosecutors on Monday rested their sex trafficking case against R. Kelly, after a month of often disturbing and graphic testimony from people who accused the R&B star of sexually abusing women and girls.

Prosecutors have sought to portray the 54-year-old Kelly as a hot-tempered predator who exploited his fame to draw fans and aspiring singers into his circle, only to coerce them into obeying his rigid rules and punish them if they failed.

Defense lawyers have tried to portray Kelly's accusers as fans who felt jilted after being unable to capitalize on the singer's fame, and questioned why they failed to leave Kelly sooner or go to the police, and waited years to come forward.

U.S. District Judge Ann Donnelly suggested that the jurors in Brooklyn federal court could begin deliberating as soon as Thursday.

That suggests that Kelly's defense, which began on Monday and which his lawyers said may include about six witnesses, will likely not include testimony from Kelly himself.

Kelly is not required to testify, and would likely be subjected to days of questioning from prosecutors if he took the witness stand.

The singer, whose full name is Robert Sylvester Kelly, has pleaded not guilty to one count of racketeering and eight counts of illegally transporting people across state lines for prostitution.

R. Kelly sexually assaulted a woman at his Chicago studio nearly two decades ago, where he locked her up without food and water, the woman testified ...
Entertainment
2 months ago

Prosecutors have accused Kelly of grooming and preying on women and girls as far back as the mid-1990s, when his music including the 1996 Grammy-winning song "I Believe I Can Fly" propelled him to fame.

His alleged victims include the singer Aaliyah, who was 15 when Kelly married her illegally in 1994. The marriage was later annulled, and Aaliyah died in a 2001 plane crash.

Since the trial began on Aug. 18, jurors have heard testimony from dozens of women and former employees about Kelly's alleged tightfisted control over his entourage.

Several witnesses have said Kelly became angry if people broke "Rob's rules," which included that they call him "Daddy" or get permission to go to the bathroom or talk with others.

Witnesses have also said Kelly pressed accusers to write "apology letters" to potentially absolve him of wrongdoing, and failed to reveal prior to intercourse that he had the sexually transmitted disease herpes.

On Monday, jurors heard defense testimony from a musical artist, who performs as Da-Ni, who said he has known Kelly since about 2005, viewing the singer as a mentor to shadow in the studio and at concerts, in order to "observe, learn and become."

He testified that he had never seen illicit activity by Kelly toward the alleged victims.

But a prosecutor, Maria Cruz Melendez, tried on cross-examination to show that the witness was not close to Kelly, and wanted to stay on the singer's good side to advance his own music career, which never panned out.

Scrutiny of Kelly increased after the #MeToo movement began in late 2017, and Lifetime aired the documentary "Surviving R. Kelly" in January 2019.

Kelly still faces sex-related charges in Illinois and Minnesota, regardless of the outcome of the Brooklyn trial.

Men in society are allowed to commit transgressions – so long as they aren’t homosexual.
Opinion
3 months ago

A former girlfriend of R. Kelly on Monday told jurors at his sex abuse trial that she suffered through a five-year relationship with the R&B singer ...
S Mag
3 months ago

A former manager for R. Kelly said at the R&B singer's sex abuse trial on Friday that working for his former boss was almost like being in a ...
Entertainment
3 months ago
Next Article