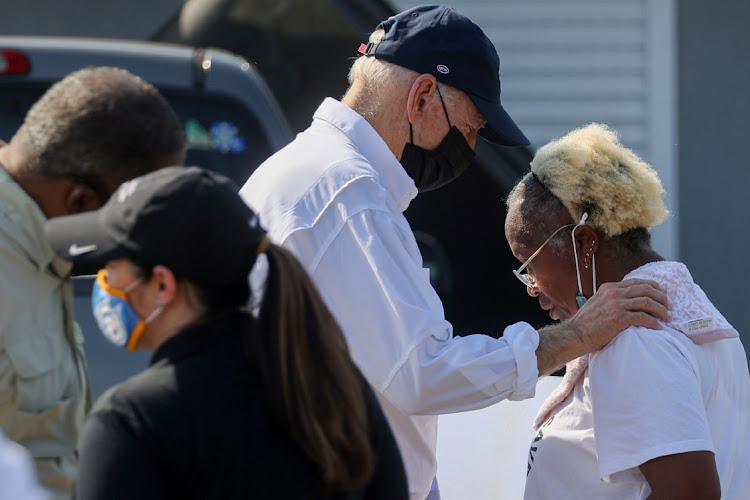 President Joe Biden promised federal aid to storm-ravaged Louisiana and urged national unity for the long recovery still to come on Friday after Ida devastated parts of the U.S. Gulf coast and unleashed even deadlier flooding in the Northeast.

Touring the damage in Louisiana, Biden met Governor John Bel Edwards and local officials to discuss the response to the hurricane, a domestic challenge that follows close on the heels of the chaotic withdrawal of U.S. forces from Afghanistan.

The fifth most powerful hurricane to strike the United States came ashore in the southern part of the state on Sunday, knocking out power for more than a million customers and water for another 600,000 people, creating miserable conditions for communities as they endure suffocating heat and humidity.

Louisiana's death toll from the storm rose to 10 on Friday after a 59-year-old man died of carbon monoxide poisoning from a generator officials believe was running inside his home.

Remnants of the storm continued northward through the eastern United States, culminating in torrential rains in New York, New Jersey and other states on Wednesday night.

The death toll on the East Coast rose to at least 46, with another six reported missing in New Jersey.

US President Joe Biden held a call with Secretary of Energy Jennifer Granholm and the CEOs of two of the largest utilities in the Gulf Coast - Leo ...
News
4 months ago

The number of homes and businesses without power in the state fell to around 823,000 on Friday as electric utility Entergy Corp said it had restored service to about 225,000 customers.

Biden linked the increasing power of storms to human-caused climate change and advocated for his infrastructure legislation during his trip, citing the need to invest in burying power lines underground.

"Super storms are going to come and they're going to come more ferociously," Biden said. "This isn't about being a Democrat or a Republican. We're Americans and we'll get through this together."

Biden went to LaPlace, a small community about 30 miles (50 km) west of New Orleans that was devastated by flooding and other storm damage, touring a neighborhood with uprooted trees and debris.

He later met with local leaders in Galliano and flew over hard-hit communities including Avondale, Bridge City, Lafitte, the important oil hub of Port Fourchon, and Grand Isle, the latter a barrier island facing the Gulf that was deemed uninhabitable after it was covered in three feet (one meter) of sand.

Edwards said he would present Biden with a long list of needs including fuel shipments as most of the area's refining capacity was knocked offline and mile-long lines have formed at gas stations and emergency supply distribution centers.

U.S. Senator Bill Cassidy, a Republican who represents Louisiana, said he and Biden discussed infrastructure, which is the subject of debate in Congress.

The U.S. Senate has passed a $1 trillion, bipartisan infrastructure bill that is now moving through the House of Representatives. Democrats are also pushing for a $3.5 trillion spending plan that Republicans oppose as too costly.

"We agreed putting power lines beneath the ground would have avoided all of this. The infrastructure bill has billions for grid resiliency," Cassidy said in a tweet.

Louisiana hospitals largely escaped catastrophic damage from Hurricane Ida, but the storm created the "perfect petri dish" for spread of the ...
News
4 months ago

A Texas ban on abortions after six weeks of pregnancy took effect early Wednesday morning after the US Supreme Court did not act on an emergency ...
News
4 months ago

US President Joe Biden declared a major disaster in Louisiana and ordered federal aid to supplement recovery efforts in the areas affected by ...
News
4 months ago
Next Article