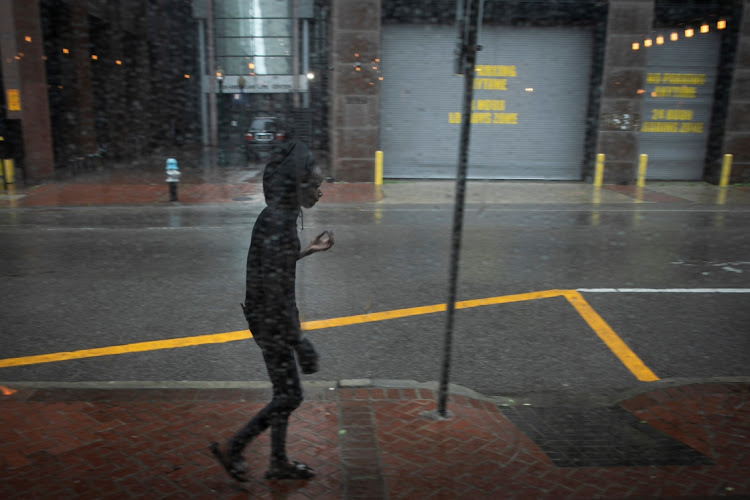 A woman walks in the rain as Hurricane Ida makes landfall in Louisiana, in New Orleans, Louisiana, US August 29, 2021.
Image: REUTERS/Marco Bello

Hurricane Ida made landfall on Sunday as a Category 4 storm at Port Fourchon, Louisiana, lashing critical US oil infrastructure with winds up to 150 miles per hour (240km per hour).

The Louisiana Offshore Oil Port (LOOP), the largest privately owned crude terminal in the US, paused deliveries ahead of the storm after forecasts indicated possible impacts to its operational areas.

LOOP's marine terminal is located in open waters about 18 nautical miles (29km) off the shores of Louisiana, while Port Fourchon is its land base.

The Louisiana port is the only US deepwater terminal capable of offloading supertankers. It handles about 10% to 15% of the country's domestic oil, 10% to 15% of the nation's imports of foreign oil, and is also connected to about half of the US refining capacity, according to the Port Fourchon website. It services 90% of the Gulf of Mexico's deepwater oil production.

As of Saturday, some 91% of US Gulf of Mexico oil production was suspended, according to the offshore regulator. The Gulf supplies about 17% of the nation's oil.

Ida intensified faster than officials predicted, prompting evacuations along the Gulf Coast and business closures. Louisiana Governor John Bel Edwards on Saturday warned it could be the state's worst direct hit since the 1850s.

Other ports in southern Louisiana, including Houma and the Port of New Orleans were closed on Sunday, while in Mississippi Biloxi, Gulfport, Pascagoula and the Gulf Intercoastal Waterway were shut.

LOOP was formed in 1972 and became a limited liability company in 1996 as a joint venture between Marathon Pipe Line, Shell Oil Company and a unit of Valero Energy.