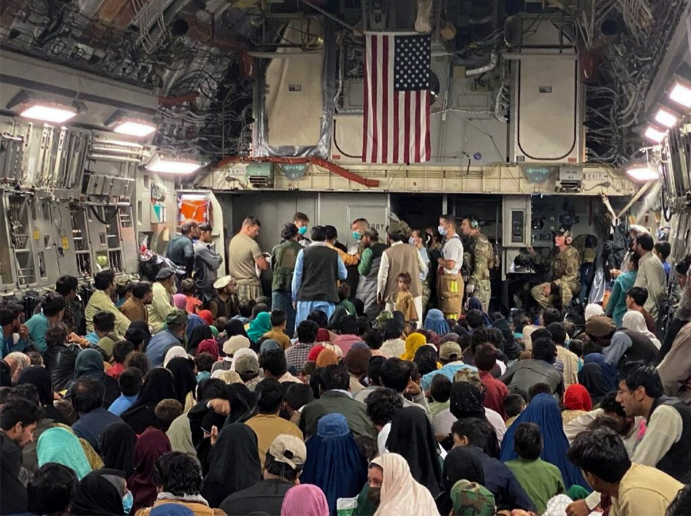 A newborn baby is looked after prior taking off with other Afghan evacuees on a C-17 Globemaster III at a Middle East staging area on August 23 2021.
Image: US Air Force//Handout via REUTERS THIS IMAGE HAS BEEN SUPPLIED BY A THIRD PARTY.

There has been an explosion outside the Kabul airport, the Pentagon press secretary said on Thursday, adding that it was unclear whether there were casualties amid the large evacuation effort in Afghanistan's capital.

US President Joe Biden has been briefed on the explosion, according to a White House official. Biden was in a meeting with security officials about the situation in Afghanistan, where the United States is in the final steps of ending its 20-year war, when the explosion was first reported, according to a person familiar with the matter.

The United States has been racing to airlift its citizens and some Afghan citizens from Kabul before its military is set to fully withdraw from Afghanistan on August 31.