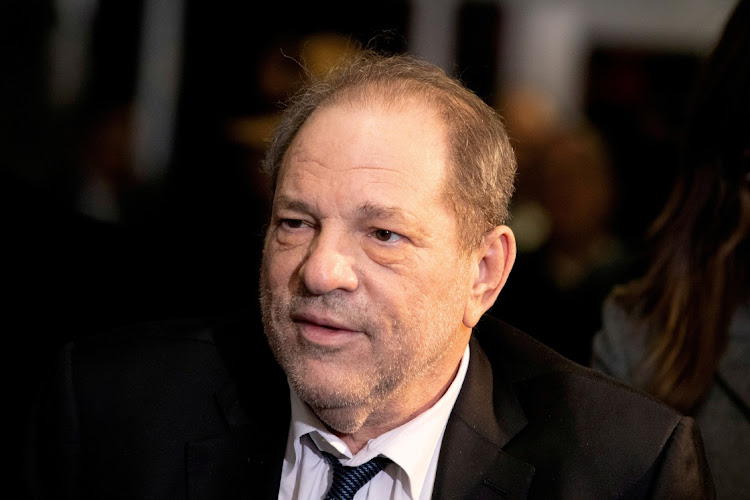 More than 80 women have accused Weinstein of sexual misconduct going back decades but only a handful of the allegations have resulted in criminal charges.
Image: REUTERS/Lucas Jackson/File Photo

Former Hollywood producer Harvey Weinstein pleaded not guilty on Wednesday to charges of rape and sexual assault involving five women in Los Angeles ahead of a second trial.

Weinstein, 69, arrived at Los Angeles Superior Court for his first appearance there in a wheelchair, wearing a brown jail uniform, after being extradited from New York on Tuesday where he was serving 23 years in prison for rape and other sexual offences.

Weinstein has denied having nonconsensual sex with anyone and is appealing his 2020 New York conviction and sentence.

In Los Angeles, he faces 11 charges of attacking five women between 2004 to 2013. They include forcible rape, forcible oral copulation, sexual battery by restraint, and sexual penetration by use of force. If convicted, Weinstein could spend the rest of his life in prison.

Weinstein's lawyer said there was no forensic evidence or credible witnesses to the allegations.

“They are baseless, they are from long, long ago, they are uncorroborated,” Mark Werksman told reporters outside the courthouse.

“We are confident that if we can have a fair trial in this case that Mr Weinstein will be acquitted,” Werksman said.

After entering his not guilty plea through his attorney on Wednesday, Weinstein was ordered to remain in jail until the next hearing on July 29.

Werksman said he was seeking dismissal of three charges relating to 2004 and 2005 on the grounds that the 10 year statute of limitations in California has expired.

Weinstein, once one of the most powerful men in Hollywood, is accused of raping two women at hotels in Beverly Hills on separate occasions, and with sexually assaulting three other women in the Beverly Hills or Los Angeles areas, according to the charges.

He had been fighting extradition on medical grounds. Werksman said he was going blind in one eye and that he was unable to walk because of back problems.

More than 80 women have accused Weinstein of sexual misconduct going back decades but only a handful of the allegations have resulted in criminal charges.

He cofounded the Miramax film studio, whose hit movies included “Shakespeare in Love” and “Pulp Fiction.” His film studio filed for bankruptcy in March 2018.

The disgraced movie producer is wanted for trial on 11 charges of attacking five women from 2004 to 2013.
News
2 weeks ago

First feature film on the Harvey Weinstein scandal to be released

The first Hollywood feature film to focus directly on the Harvey Weinstein scandal is due to start production in the summer, Universal Pictures said ...
S Mag
1 month ago

A U.S. Bankruptcy Court judge on Monday approved The Weinstein Co’s liquidation plan, which sets aside R260,53 mln ($17 mln) for women who accused ...
News
6 months ago
Next Article