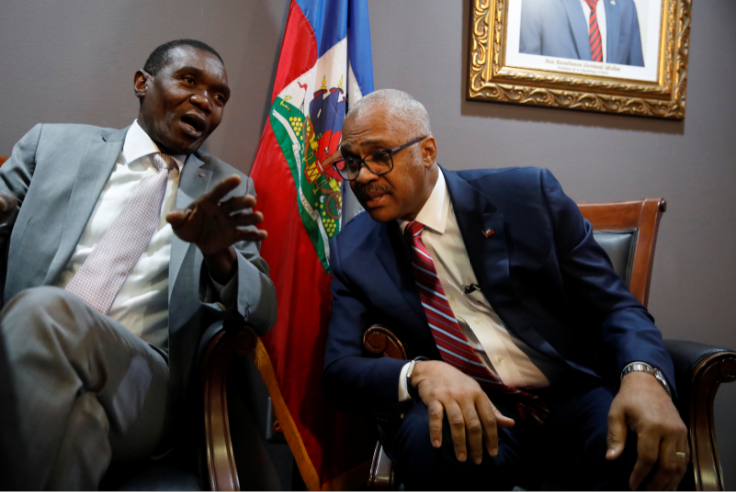 Haitian Senate President, Joseph Lambert (L) has been nominated to be acting president of the country.
Image: REUTERS/Andres Martinez Casares

Haiti's senate, which currently comprises just a third of its usual 30 senators, nominated on Friday its head Joseph Lambert to be interim president after the assassination of President Jovenel Moise, a document reviewed by Reuters showed.

The move plunges Haiti deeper into political crisis with its constitution unclear as to who should take over the reins of power in this kind of situation and rival political factions in disagreement.

The acting interim Prime Minister Claude Joseph has taken over the reins of power so far. Elections Minister Mathias Pierre said he would keep that role until presidential and legislative elections are held on Sept. 26.

Haiti's security forces were locked in a fierce gun battle on Wednesday with assailants who assassinated President Jovenel Moise at his home ...
News
4 months ago

Haiti waited overnight for the results of a re-run presidential election held on Sunday in the impoverished Caribbean country, which has been in ...
News
5 years ago
Next Article