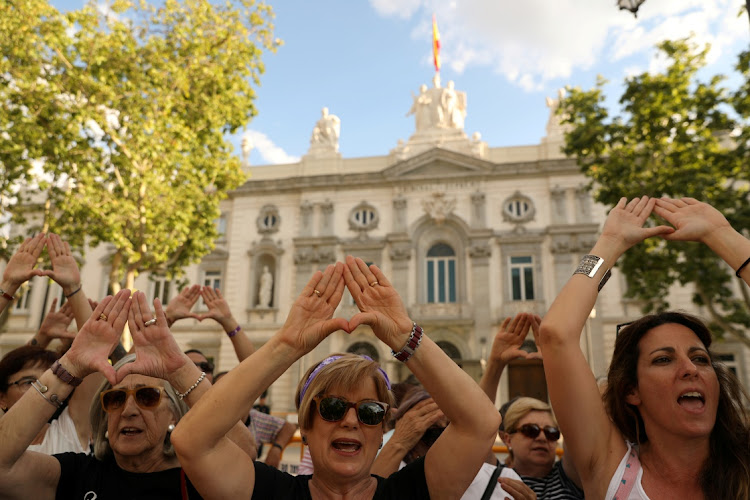 The Spanish government approved a law on Tuesday to define all non-consensual sex as rape, part of a legislative overhaul that toughens penalties for sexual harassment and mandates more support systems for victims.

It approved the bill five years after what became known as the 'wolf-pack' case, in which five men gang-raped an 18-year old woman at Pamplona's bull-running festival, causing public outrage and prompting calls to reform laws on sexual violence.

The draft still requires parliamentary approval, which is expected by the end of the year.

Based around a "yes means yes" model, which qualifies any non-consenting sex as rape, the law will bring Spain into line with 11 other European countries, including Sweden, Portugal and Britain, that use similar legal definitions.

"What the new law does is put the victim at the centre of the public response," government spokesperson Maria Jesus Montero told a news conference. "Silence or passivity does not mean consent."

Under existing legislation, a perpetrator must have used physical violence or intimidation for an assault to be classified as rape.

Gang rape will be considered an aggravating factor entailing prison sentences of up to 15 years to deter gang crimes similar to others that have shocked Spaniards.

In parallel, the measures call for the creation of a 24-hour sexual assault helpline and specialised children's homes for underage victims.

Spain has long sought to position itself at the forefront of sexual politics and counter prevailing macho attitudes. It legalised gay marriage in 2007 and introduced a pioneering gender violence law in 2004.

Last week the cabinet passed a draft law to allow anyone over 14 to legally change their gender without a medical diagnosis or hormone therapy.

Protests erupted across Spain on Monday night in response to the killing of a gay man who was beaten to death in what appeared to be a homophobic attack in the northern city of La Coruna at the weekend.

Police in Madrid charged protesters with batons, prompting the government to open an investigation into their conduct.

Susana Trimarco was a housewife who fussed over her family and paid scant attention to the news until her daughter left for a doctor's appointment ...
News
9 years ago

The year 2020 marked the 25th anniversary of the 4th United Nations World Conference on Women in Beijing, China, which was regarded as a turning ...
Opinion
11 months ago

Two University of Cape Town students were “suspended” and barred from campus on Friday for their alleged involvement in a sexual assault case.
News
11 months ago
Next Article