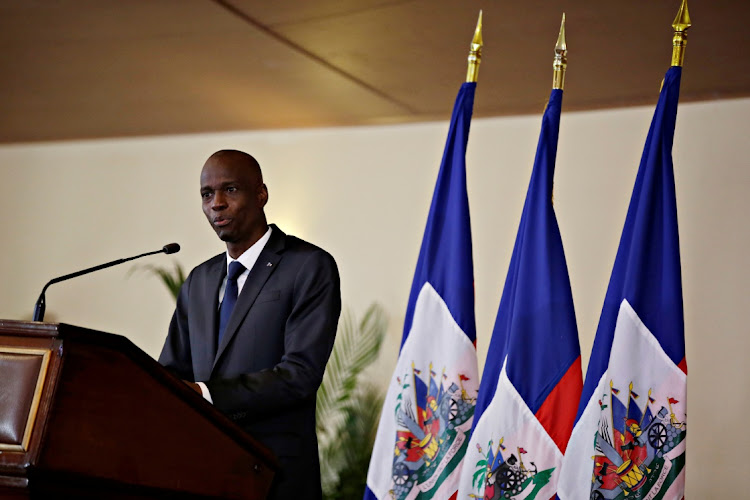 FILE PHOTO: Haiti's President Jovenel Moise speaks during the investiture ceremony of the independent advisory committee for the drafting of the new constitution at the National Palace in Port-au-Prince, Haiti October 30, 2020.
Image: REUTERS/Andres Martinez Casares/File Photo

Moise's wife was injured and was receiving medical care, Joseph said in a statement.

The attack occurred amid a rising wave of politically linked violence in the impoverished Caribbean nation. With Haiti politically divided, and facing a growing humanitarian crisis and shortages of food, there are fears of widespread disorder.

"All measures are being taken to guarantee the continuity of the state and to protect the nation," Joseph said. Gunshots could be heard throughout the capital.

Port-au-Prince had been suffering an increase in violence as gangs battle one another and police for control of the streets.

That violence was fueled by an increase in poverty and political instability. Moise has faced fierce protests since he took office as president in 2017, with the opposition accusing him this year of seeking to install a dictatorship by overstaying his mandate and becoming more authoritarian - charges he denied. (Reporting by Andre Paultre in Port-au-Prince Writing by Sarah Marsh Editing by Daniel Flynn and Mark Heinrich)