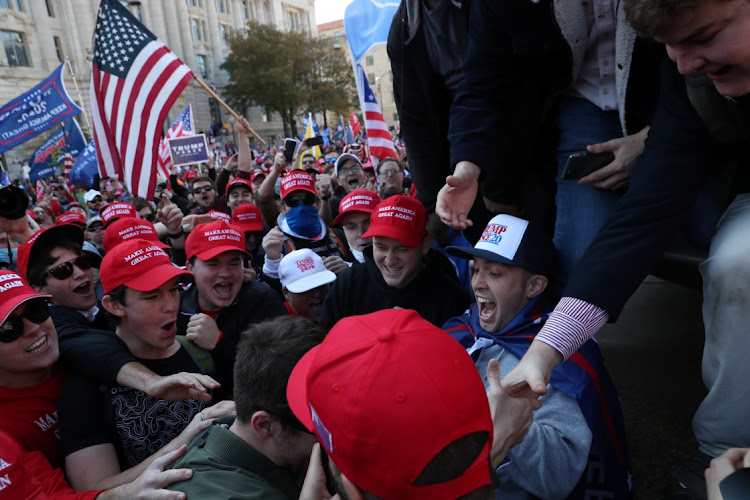 Former U.S. President Donald Trump will hold a rally on Saturday in Sarasota, Florida, his second campaign-style event of the summer as he seeks to retain his hold over the Republican Party and bolster allies ahead of the 2022 midterm elections.

The rally, billed as a Fourth of July celebration featuring fireworks, is expected to draw several thousand people from across the state which Trump, a Republican, won by more than 3 percentage points in the 2020 presidential election.

Trump is likely to berate President Joe Biden, repeat his false claim that he lost the 2020 election due to fraud, and urge his supporters to back his allies in their midterm campaigns as Republicans fight to take back control of Congress from the Democratic Party next year.

Jack Brill, chair of the Republican Party of Sarasota County, said he hoped the former president would use his speech to galvanize his supporters ahead of the midterms and the Florida gubernatorial race.

"I'm hoping that this will get everybody fired up as we moved forward for our 2022 elections," Brill said.

The Sarasota event is the latest in Trump's return to public life after his election loss and the Jan. 6 attack on the Capitol, which was carried out by his supporters who believed his false claim that the election was rigged.

Some 53% of Republicans believe Trump won and blame his loss on illegal voting, and one quarter of the overall public agreed Trump won, a May 17-19 Reuters/Ipsos poll showed.

He held his first comeback rally on June 26 in Wellington, Ohio, where he voiced support for his former White House aide Max Miller's primary campaign against U.S. Representative Anthony Gonzalez.

Gonzalez is one of the 10 House Republicans who voted to impeach Trump on a charge of inciting the Jan. 6 attack that left five dead, including a Capitol Police officer. Trump has vowed to campaign against all 10.

The Trump Organization's longtime chief financial officer Allen Weisselberg surrendered to authorities on Thursday, as he and Donald Trump's namesake ...
News
10 months ago

Trump, 75, has dangled the possibility of running for president again in 2024, and his 2021 rally series marks his effort to keep his base energized and in his camp.

Whether he runs could depend on the outcome of some of the investigations and lawsuits facing Trump.

On Thursday, Trump's namesake company and its chief financial officer pleaded not guilty to criminal charges brought as part of an investigation by the Manhattan district attorney into suspected tax fraud. Trump has accused the prosecutors of being politically motivated.

Many Republicans see an appealing option for a 2024 party nominee in Florida's 42-year-old governor, Ron DeSantis. A longtime Trump ally, DeSantis has been at the forefront of Republican-led fights against strict anti-coronavirus lockdowns, racial justice protests and expanded ballot access.

In a straw poll of potential 2024 candidates at a conservative conference in Denver in June, DeSantis finished ahead of Trump, 74% to 71%.

DeSantis' office has said the governor is focused on winning re-election in Florida next year, not aspiring to national office.

He will not be attending Trump's Sarasota rally, a spokeswoman said, since he plans to spend the weekend in Surfside, Florida, where rescuers have spent more than a week searching for survivors in the rubble of a condo building collapse that killed at least 22 people and left dozens missing.

"His priority is to make sure that the families impacted by this terrible tragedy have everything they need, and he wants to be present as much as possible to help in any way he can," Christina Pushaw, a spokesperson for DeSantis, wrote in an email.

The actor and comedian is home from prison after court reverses sexual assault conviction.
S Mag
10 months ago

Donald Trump will hold a rally on Saturday in Ohio, his first since his supporters' deadly attack on the Capitol, as he aims to bolster allies, ...
News
10 months ago
Next Article