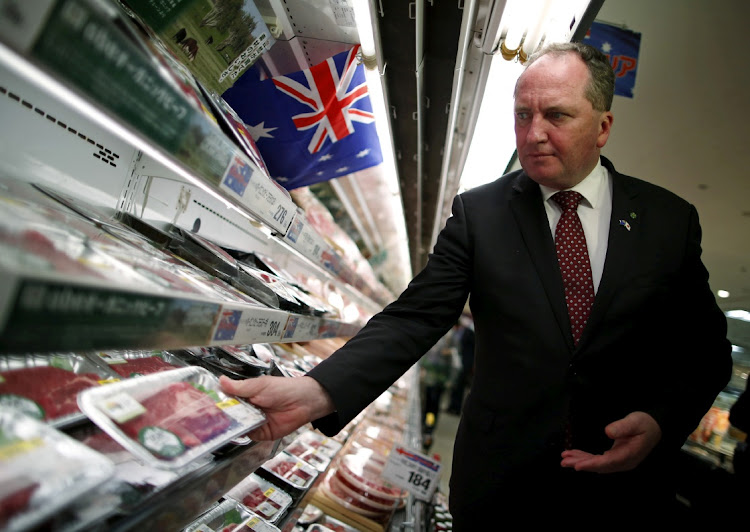 Joyce, who was not identified in the police statement, was fined A$200 ($151) for breaching a public health order by not wearing a "fitted face covering when in indoor area of retail/business premises".
Image: REUTERS/Issei Kato/File Photo

Australia's deputy prime minister was fined for failing to wear a mask in a service station in violation of Covid-19 prevention orders, the authorities said on Tuesday, the country's most powerful person to face repercussions for non-compliance.

Barnaby Joyce, who returned as leader of the Nationals coalition partner a week earlier, was spotted by a member of the public paying for fuel without a mask in his electorate about 500km (310 miles) north of Sydney on Monday, the police said.

The person called Crime Stoppers, an emergency hotline, and officers went to the service station where “inquiries revealed a 54-year-old man was not wearing a face mask while in the store”, New South Wales state police said in a statement.

Joyce, who was not identified in the police statement, was fined A$200 ($151) for breaching a public health order by not wearing a “fitted face covering when in indoor area of retail/business premises”.

Australia's peak medical body on Thursday warned the country's residents were “sitting ducks” for Covid-19, as business leaders call for the ...
News
4 months ago

A spokesperson for Joyce was not immediately available for comment, but the outspoken country member confirmed the incident in an interview on Monday with News Corp-owned cable broadcaster Sky News.

He said he was on his way to the airport, realised he had forgotten to buy fuel for his partner, “fuelled the car up with fuel, went in, 30 seconds later $200 it cost me because I didn't wear one of these (a mask)," he told the broadcaster, according to a report in News Corp newspapers.

The fine adds to a list of powerful public figures who have received fines for breaching virus containment rules.

In April 2020, the New South Wales arts minister resigned after being fined A$1000 for breaching stay-home orders in the initial days of the country's anti-coronavirus response.