Donald Trump will hold a rally on Saturday in Ohio, his first since his supporters' deadly attack on the Capitol, as he aims to bolster allies, berate his enemies and cement his influence over the Republican Party. 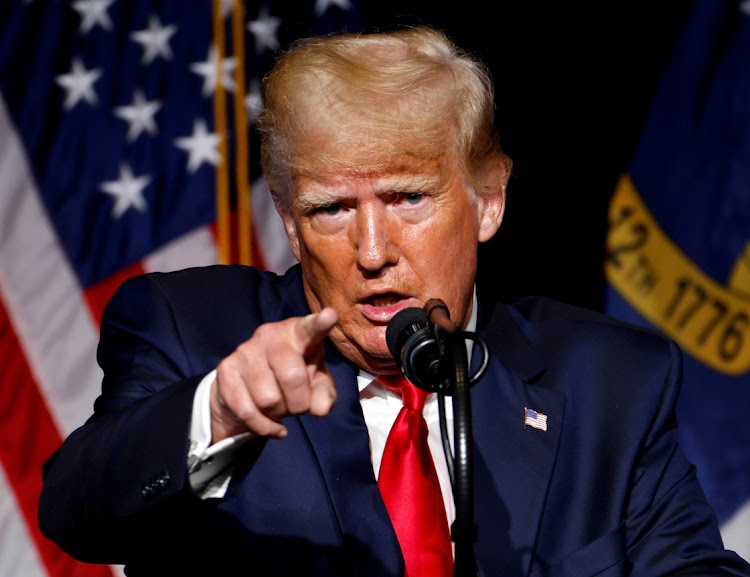 Former U.S. President Donald Trump will hold a rally on Saturday in Ohio, his first since his supporters' deadly attack on the Capitol, as he aims to bolster allies, berate his enemies and cement his influence over the Republican Party.

While Trump has made speeches at Republican events since his election defeat by Democratic President Joe Biden, the rally in a state he carried in the 2020 election marks a return to the kind of freewheeling mass gatherings that have been critical to retaining the support of his base.

It also marks the start of his public events lashing out at elected Republicans who he views as having crossed him. He will campaign for former White House aide Max Miller, who has launched a primary challenge against Representative Anthony Gonzalez, one of the 10 House Republicans who voted to impeach Trump on a charge of inciting the Jan. 6 attack on the Capitol that left five dead including a Capitol Police officer.

Trump has vowed to campaign against all 10. He has also endorsed a challenger to Senator Lisa Murkowski, the only one of the seven Senate Republicans who voted to convict him in his January impeachment trial who is up for re-election in 2022.

US President Joe Biden and Russian President Vladimir Putin met in Geneva on Wednesday for their first summit since Biden took office, but their ...
News
11 months ago

Democrats' razor-thin majorities in both chambers of Congress will be on the line in the 2022 midterm elections and history favors Republicans' chances of gaining seats in those contests.

The Ohio event, at a fairground in Wellington, about 40 miles (64 km) southwest of Cleveland, will be the first of three public appearances, followed by a trip to the U.S.-Mexico border with Texas Governor Greg Abbott on June 30 and a rally in Sarasota, Florida, on July 3.

David Arredondo, Republican Party chairman in Lorain County, where Wellington is located, wants the focus to be on 2022 rather than whether Trump will run again for president in 2024.

"There is no doubt that the priority is to elect Republicans in 2022," Arredondo said. "This is the start of it."

In a recent statement Trump's Save America PAC said the Ohio rally would be the first of a series of events "in support of candidates and causes that further the MAGA agenda and accomplishments" of the former Trump administration.

Trump is expected to criticize Biden for his handling of immigration, the economy and other key policy issues, while also repeating false claims that he lost the election due to widespread fraud. Those assertions have been resoundingly rejected by multiple courts, state election officials and members of Trump's own administration.

U.S. President Joe Biden and Russian President Vladimir Putin square up on Wednesday for their first meeting since Biden took office with deep ...
News
11 months ago

He has continued to feud with other senior Republicans. Trump has lashed out at former Vice President Mike Pence, who he falsely claims could have stopped Congress from certifying Biden's victory on Jan. 6, as well as at Senate Minority Leader Mitch McConnell for calling Trump "practically and morally responsible" for that day's violence.

Pence defended his actions in a Thursday speech at the Ronald Reagan library.

"There's more at stake than our party and our political fortunes in this moment," Pence said. "If we lose faith in the Constitution, we won't just lose elections - we'll lose our country."

Trump's repeated false claims of election fraud have taken hold of Republican voters. Some 53% of Republicans believe Trump won the 2020 election and blame his loss on illegal voting, and one quarter of the overall public agreed that Trump won, a Reuters/Ipsos poll found.

Some rallygoers started lining up days before Saturday's event, which will be held at the Lorain County Fairgrounds starting at 7 p.m. ET (2300 GMT). Secret Service agents have also been in town in an effort to ensure security.

Wellington Mayor Hans Schneider said he was told by organizers to expect between 10,000 and 20,000 people to attend the rally and that dozens of law enforcement officers will be brought in to help from surrounding areas.

Several Republicans running to replace U.S. Senator Rob Portman of Ohio, who is not seeking reelection in 2022, are angling to leverage the event for exposure.

Trump has not yet endorsed a candidate for the Senate seat and is not expected to do so on Saturday. Five candidates have formally declared for the race, including Cleveland businessman Bernie Moreno, Ohio Republican Party Chairwoman Jane Timken and former state Treasurer Josh Mandel.

Republican strategist Matt Dole said both Trump and those vying to stay close to him benefited from such public displays of bonhomie. Some of the candidates now seeking his endorsement have made disparaging comments about Trump in the past.

"These are marriages of convenience," said Dole, who is based in Ohio. "Donald Trump is using these opportunities to keep his name out there, to keep the base motivated."

First we had kung flu (according to former US president Donald Trump) then the South African variant, then Brazilian variant and later British ...
Opinion
11 months ago

A report on the origins of Covid-19 by a US government national laboratory concluded that the hypothesis of a virus leak from a Chinese lab in Wuhan ...
News
11 months ago