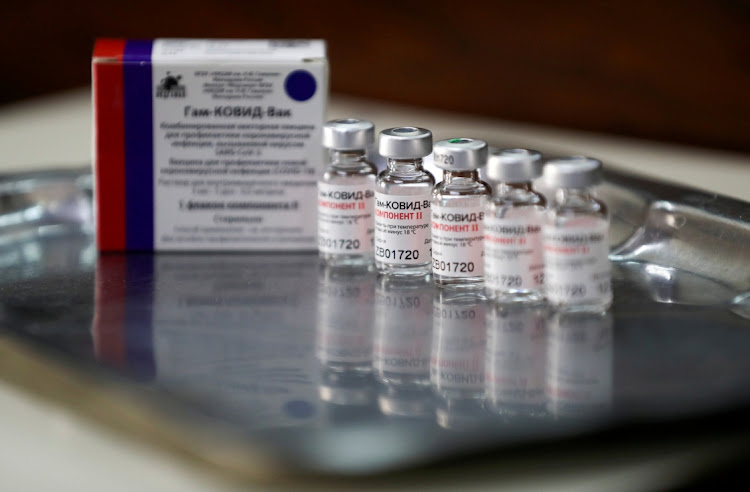 The research group tested the vaccine on children aged between eight and 12 and found no side effects among the test group, including no increase in body temperature, Gintsburg said.
Image: REUTERS/Agustin Marcarian/File Photo

Russia has tested a nasal spray form of its Covid-19 vaccine that is suitable for children aged 8-12, and plans to launch the new product in September, the scientist who led the development of the Sputnik V vaccine said on Saturday.

Alexander Gintsburg, who heads the Gamaleya Institute that developed Sputnik V, said the spray for children used the same vaccine "only instead of a needle, a nozzle is put on", the TASS news agency reported.

The children's shot is expected to be ready for distribution by Sept. 15, Gintsburg was quoted as saying during a meeting with President Vladimir Putin.

The research group tested the vaccine on children aged between eight and 12 and found no side effects among the test group, including no increase in body temperature, Gintsburg said in comments reported by the TASS news agency.

"We are inoculating our little (patients) nasally, we are just administering the same vaccine as a nasal spray," Gintsburg said, without giving further details about the study such as how many children were involved.

In boost for Africa, Senegal aims to make Covid-19 shots next year

Senegal could begin producing Covid-19 vaccines next year under an agreement with Belgian biotech group Univercells aimed at boosting Africa's ...
News
11 months ago

The government of Russia and the Russian Olympic Committee has offered its Sputnik V Covid-19 vaccine to African nations going to the Olympics later ...
Sport
1 year ago

Deputy president David Mabuza on Wednesday assured parliament that no corruption had occurred during the government’s process of securing and ...
News
1 year ago
Next Article