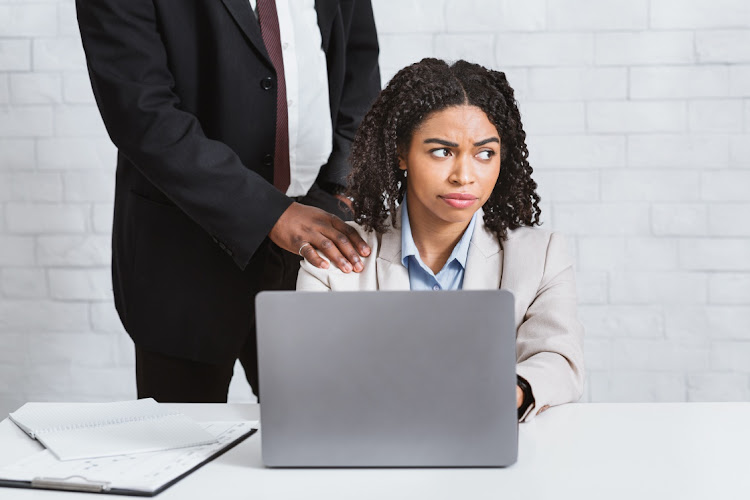 Another woman said her sister died in 2019 after paying $300 on the black market for a concoction to end her pregnancy after having sex with a man who said he worked for the WHO and gave her a job as a cleaner.
Image: 123RF

Facing scrutiny over new claims of sexual abuse by its workers, the World Health Organisation (WHO) on Wednesday urged anyone with information to come forward so that action can be taken.

Investigations by the Thomson Reuters Foundation and The New Humanitarian found that more than 70 Congolese women said they were coerced into trading sex for jobs by men who said they worked for aid groups during a 2018 to 2020 Ebola outbreak.

More than 40 of the women in the Democratic Republic of Congo accused men who said they worked for the WHO of abuse, including one claim of rape, ramping up pressure on the United Nations and others to crack down on exploitation in aid.

"We are very shocked and appalled by the allegations, none more than the Director General himself," WHO spokeswoman Marcia Poole told reporters in response to a question about the recent accusations.

The latest investigation by the Thomson Reuters Foundation and The New Humanitarian, published last week, involved 22 women in the eastern Congolese city of Butembo, two of whom said they had illegal abortions to end unwanted pregnancies.

More than 20 Congolese women have accused aid workers of sexual abuse in new claims that include rape and unwanted pregnancies.
News
8 months ago

Another woman said her sister died in 2019 after paying $300 on the black market for a concoction to end her pregnancy after having sex with a man who said he worked for the WHO and gave her a job as a cleaner.

Most women were hired to work in Ebola treatment centres where they would disinfect clothing and bedding for the sick and for responders. Others went to villages where they burned the belongings of Ebola victims or worked on awareness campaigns.

A total of seven organisations were named, including three UN agencies.

"We encourage anyone who has any information to come forward and contact the community so this work can continue," Poole said. "The crucial thing as well is to look at the systemic changes that we need to make so that it doesn't happen again."

The aid sector has faced mounting calls to tackle exploitation since it emerged that Oxfam staff used sex workers in Haiti during a 2010 mission - a scandal that snowballed into widespread reports of harassment and abuse in the sector.

Several aid workers have already been dismissed in the wake of September's initial exposé by The New Humanitarian and Thomson Reuters Foundation, which involved 51 women, and several organisations named in the story have launched investigations.

The WHO set up an independent commission in October to look into the abuse claims and it will "make recommendations in terms of supporting the survivors, in terms of taking action against those who may be found guilty", Poole said on Wednesday.

"We're making sure staff is very aware of the consequences," she said, adding that the WHO had also set up a working group for victims, which is scrutinising the agency's policies for emergency operations.

This story was firt published by the Thomson Reuters Foundation, the charitable arm of Thomson Reuters, that covers the lives of people around the world who struggle to live freely or fairly.

The aid sector is rife with sexual abuse, British lawmakers said on Thursday, calling it "the last safe haven for perpetrators" despite a slew of ...
News
1 year ago

When Naomie's mother asked the teenager to join her as a sex worker in the capital of the Democratic Republic of Congo last September, she knew it ...
News
10 months ago
Next Article