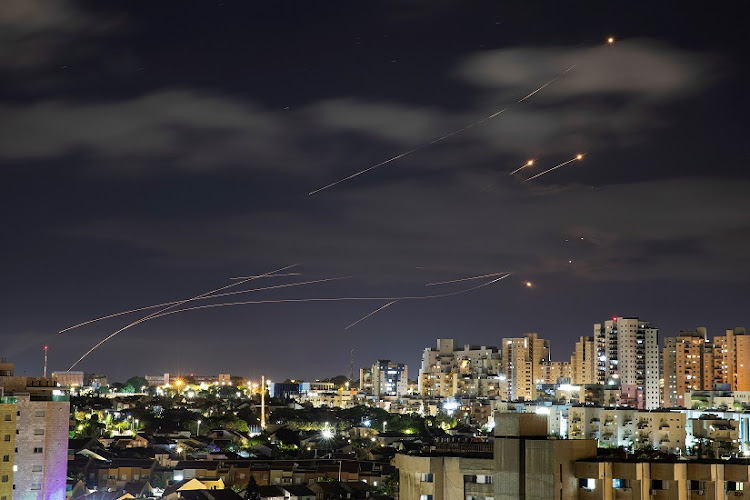 Streaks of light are seen as Israel's Iron Dome anti-missile system intercepts rockets launched from the Gaza Strip towards Israel, as seen from Ashkelon, Israel May 17, 2021.
Image: REUTERS/Amir Cohen

A senior Israeli official cast doubt on Monday on the possibility of a ceasefire between Israel and Gaza militants after more than a week of violent conflict that has left dozens dead.

Efforts by the US, Egypt and the UN to bring a halt to Israeli air strikes and rocket fire by Palestinian militants in Gaza have so far failed to quell the fighting.

Asked if any ceasefire was in the works, a senior Israeli official told Reuters: “There is no such thing right now. There is no negotiation. There is no proposal. There is nothing on the table.”

The official said that Egypt was likely the most reliable mediator between Israel and Gaza's Islamist rulers Hamas. “They seem most connected,” the official said.

Egypt, which shares a border with Gaza, has mediated Israel-Hamas ceasefires in the past, along with Qatar and the UN. The UN General Assembly will meet to discuss the violence on Thursday.

But the senior Israeli official held out the possibility of a more prolonged conflict.

“We have no idea how much time we need, because the rocket fire is unceasing. We can't stop when the attacks are coming in like this. Israel is ready to keep fighting. The target bank is unending. This could go on for months,” the official said.

Israel destroyed a 12-storey tower block in Gaza housing the offices of the US-based Associated Press and other news media on Saturday, saying the ...
News
6 months ago
Next Article