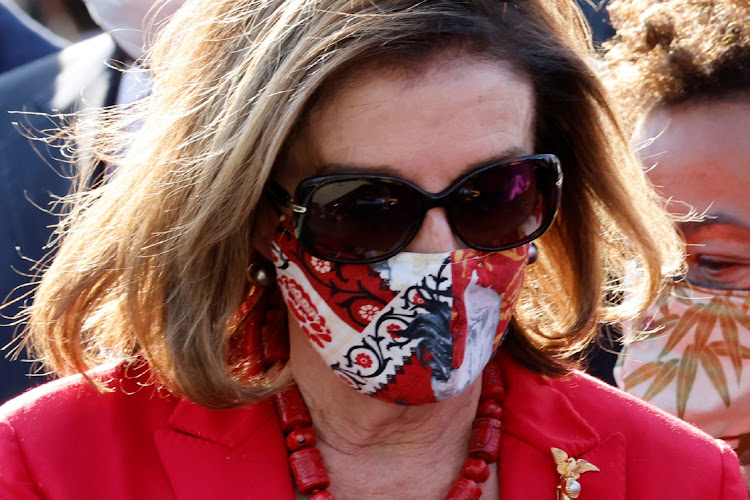 US House of Representatives Speaker Nancy Pelosi on Tuesday drew criticism by thanking George Floyd, a Black man who became a symbol of the struggle for racial justice, after former Minneapolis police officer Derek Chauvin was found guilty of murdering him.

During a news conference after Chauvin's conviction on three criminal counts, Pelosi called the outcome “a step in the right direction for justice.”

“Thank you, George Floyd for sacrificing your life for justice,” Pelosi said, referring to Floyd's death in May as Chauvin pinned his knee on Floyd's neck for more than nine minutes.

“Speaker Pelosi's comment about George Floyd was totally inappropriate. At a minimum, she should apologise,” said Josh McLaurin, a Democratic member of the Georgia state legislature, on Twitter. “But more than that, I think the gaffe clarifies how much this country would benefit from a Black Speaker of the House.”

The Pelosi-led House has passed the “George Floyd Justice in Policing Act,” which aims to put a stop to aggressive law enforcement tactics that have targeted African Americans and other minorities.

The bill, which has not yet been considered by the Senate, would ban police chokeholds and no-knock warrants, limit military equipment used by police departments and require officers to wear body cameras. It also would make it easier to prosecute police misconduct.

Antonio Romanucci, a Chicago attorney on the team representing Floyd's family, noted that Pelosi had twice called the family on Tuesday.

“Our speaker is a great leader. She is somebody that wants to see this through,” Romanucci said, referring to the bill.

Former Minneapolis policeman Derek Chauvin was convicted on Tuesday of all three charges of murder and manslaughter in the deadly arrest of George ...
News
7 months ago
Next Article