A view of the Natanz uranium enrichment facility 250 km south of the Iranian capital Tehran on March 30, 2005.
Image: Raheb Homavandi\File

Iran's state television on Saturday identified a man it said was behind a recent explosion and power outage at its main Natanz nuclear plant. 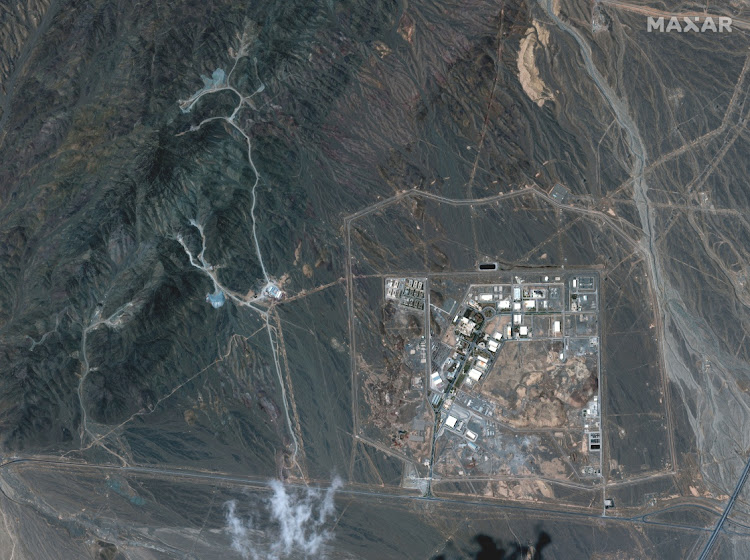 A view of the Natanz uranium enrichment facility from a Maxar Technologies satellite image, taken last week and obtained by Reuters on April 12, 2021.
Image: MAXAR TECHNOLOGIES

"Reza Karimi, the perpetrator of this sabotage... has been identified" by Iran's intelligence ministry, state TV said. It said the suspect had fled Iran before last Sunday’s blast that the Islamic Republic has blamed on arch-foe Israel.

The television showed what it said was a photograph of the suspected perpetrator on a red card that had "Interpol Wanted" written on it. The card listed his age as 43.

"Necessary steps are underway for his arrest and return to the country through legal channels," the report added.

State TV also aired footage of rows of what it said were centrifuges which had replaced the ones damaged in the blast at the Natanz uranium enrichment plant.

It added that "a large number" of centrifuges whose enrichment activity was disrupted by the explosion had been returned to normal service, the report said.

The head of the U.N. nuclear watchdog has called on Iran, the world's fifth largest oil exporter, to address concerns about its true intentions Iran ...
News
10 years ago

U.S. not conducting air strikes in Syria 'at this time' - Pentagon

The Pentagon said on Sunday it was not conducting air strikes in Syria "at this time".
News
3 years ago
Next Article