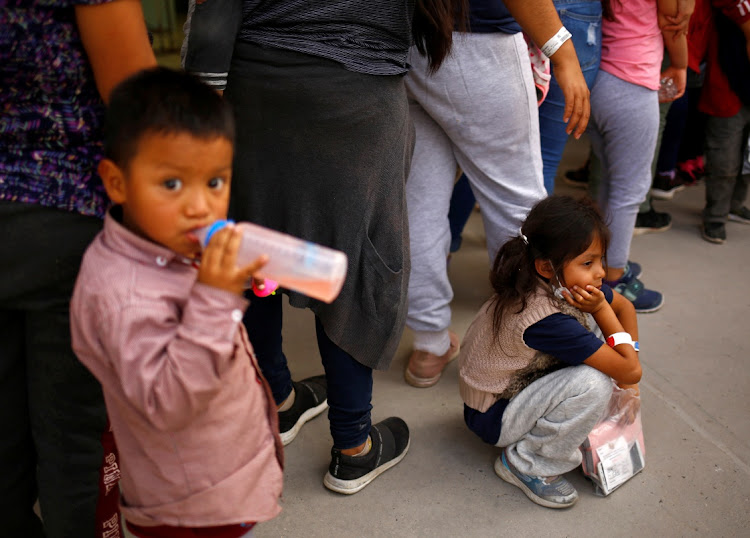 USA-IMMIGRATION MEXICO Asylum-seeking migrant children from Central America, who was airlifted from Brownsville to El Paso, Texas, and deported from the U.S. with their family, wait before entering the "Kiki Romero" gym that was adapted as a temporary shelter, in Ciudad Juarez, Mexico April 5, 2021.
Image: Reuters / JOSE LUIS GONZALEZ

The Biden administration is reviewing the cases of 5,600 migrant children to see whether they were separated from parents at the U.S.-Mexico border under former President Donald Trump, a Department of Homeland Security official said on Wednesday.

The review is expected to find a small number of additional separations on top of thousands identified through ongoing litigation, the official told reporters.

President Joe Biden, a Democrat who took over from the Republican Trump on Jan. 20, issued an executive order in February to create a task force to reunite children and parents still separated by Trump's "zero tolerance" border strategy.

At least 20 die as migrant boat sinks off Tunisia

At least 20 African migrants died when their boat sank off Tunisia on Thursday as they tried to cross the Mediterranean to the Italian island of ...
News
3 months ago

Thousands of children were separated from their parents at the southwestern U.S. border under the policy, which charged parents with federal immigration offenses and sent them to jails, while children were labeled “unaccompanied” and placed in shelters.

The Biden administration task force has yet to reunify any of the separated families, the DHS official told reporters on Wednesday, requesting anonymity to discuss the matter.

Some migrant families arriving in the United States will be housed in hotels under a new program managed by nonprofit organizations, according to two ...
News
1 month ago

SA’s new rules governing asylum seekers and refugees could easily have been drafted by the Trump administration, says Sharon Ekambaram of Lawyers for ...
News
1 year ago
Next Article