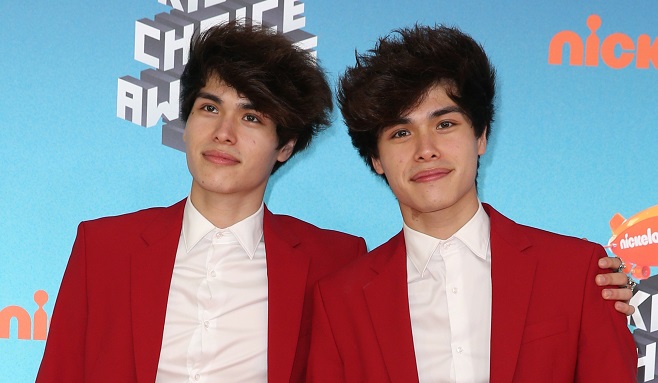 YouTube stars Alan and Alex Stokes, twins known for provocative video gags, have pleaded guilty to charges stemming from two fake bank robberies they staged in California, one of which led to police drawing their guns on the brothers' unsuspecting Uber driver.

The 23-year-old brothers were originally each charged with one felony count of false imprisonment by violence, menace or fraud, and two misdemeanour counts of falsely reporting an emergency in connection with the October 15, 2019, pranks in the city of Irvine.

Those charges carried a maximum penalty of five years in prison, according to the Orange County district attorney's office.

But the brothers accepted a bargain offered by the judge reducing the felony count to a misdemeanour and imposing a more lenient sentence — probation and 160 hours of community service — in return for a guilty plea.

The plea was entered in court Tuesday over the objection of prosecutors who felt the tougher charges were warranted given the potential danger to the community, Kimberly Edds, the district attorney's spokesperson, said on Wednesday. A similar stunt in Tennessee last February ended with the prankster fatally shot by his “victim,” she said.

In the Stokes case, the brothers dressed in black clothing and ski masks and carried duffel bags full of cash as they pretended to flee from a bank robbery, while their videographer recorded the stunt.

The brothers hailed an Uber, whose operator refused to drive them, all of which an onlooker took for a carjacking in progress. Police arrived and ordered the Uber driver out of his vehicle at gunpoint before realising it was a gag.

The officers let the Stokes brothers go with a warning, but they repeated the stunt four hours later at a university campus and were arrested, prosecutors said.

The Italian data privacy watchdog ordered video app TikTok on Friday to block the accounts of any users in Italy whose age it could not verify ...
News
11 months ago
Next Article