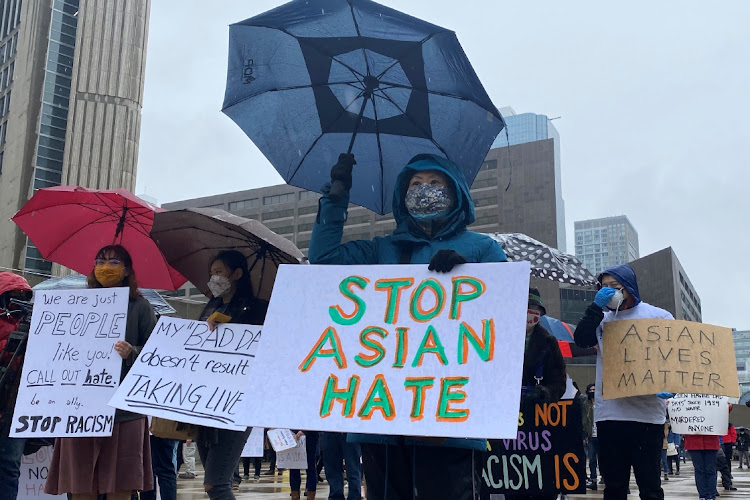 Police in the US have arrested a man suspected of attacking an elderly Asian woman in New York City and charged him with felony assault as a hate crime, the police department said on Twitter.

The Washington Post reported that a separate police statement named the suspect as Brandon Elliot, 38, and said he was already on lifetime parole for murdering his mother, according to NBC. Reuters couldn't independently confirm the identity of the suspect.

The New York Police Department's hate crimes task force had been looking for the assailant since Monday afternoon, after a man punched and kicked a 65-year-old woman, knocked her to the ground and stomped at least three times on her head. He also made anti-Asian statements.

Videos posted on social media showed witnesses at the scene did not try to protect her and one man shut the door of a nearby building while the attacker casually walked away.

Thanks to assistance from the public and excellent investigative work by @NYPDHateCrimes Detectives, the individual wanted for Monday’s assault of a 65 year-old Asian female, at 360 West 43rd St, was arrested and charged with Felony Assault as a Hate Crime. pic.twitter.com/ZQRVGZEAb2

The incident, which happened on a street in midtown Manhattan, is one among many rising hate crimes against Asian Americans. Such crimes rose by 149% in 2020 in 16 major cities compared with 2019, according to the Center for the Study of Hate and Extremism.

The NYPD did not immediately respond to a Reuters request for comment.