No agreement on Lebanon government after president, PM-designate meet 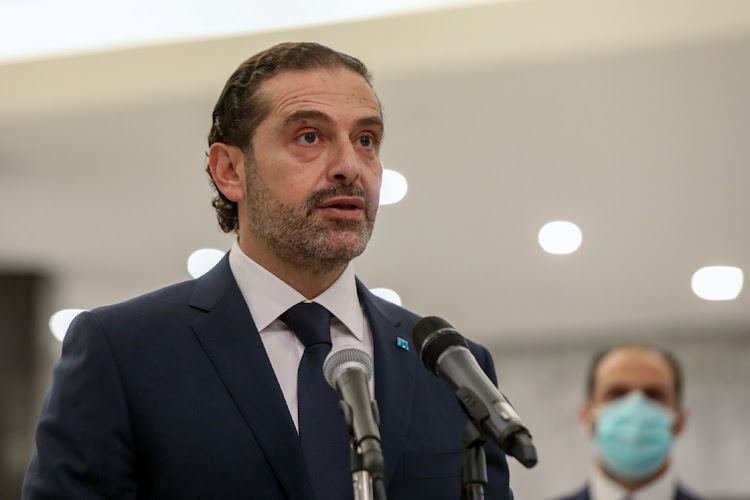 There was no agreement on a new Lebanese cabinet after a scheduled meeting on Monday between President Michel Aoun and Prime Minister-designate Saad al-Hariri, dashing hopes for an end to five months of political deadlock and a reversal of the country's financial meltdown.

Politicians have since late 2019 failed to agree a rescue plan to unlock foreign cash which Lebanon desperately needs.

"This is a catastrophe for the country, we were holding on by a thread but now we’re heading towards a total crash," one official source told Reuters.

Hariri said Aoun had insisted on a blocking majority in government for his political allies.

Aoun sent a list suggesting different scenarios for a cabinet of either 18,20 or 22 ministers, with names to be filled in, Hariri said.

"This is unacceptable because it is not the job of the prime minister-designate to fill forms from someone else or of the president to form a government."

The lack of agreement came after a hint of positivity on Thursday when the two last met and Hariri had said he saw and opportunity to be ceased.

Radiant in a long white gown and veil, 29-year-old Lebanese bride Israa Seblani stands smiling and posing for her wedding video. The scene is ...
News
1 year ago

"The current deadlock and dim outlook will certainly have a toll on the exchange rate, making it more difficult for the average worker to get by without food aid," said Mohanad Hage Ali of the Carnegie Middle East Center.

The crisis has seen the Lebanese pound sink by almost 90%, plunging many into poverty.

Diab's cabinet remains in a caretaker capacity until a successor is formed but fractious politicians have been unable to agree a government since Hariri's nomination in October.

Hariri, a Sunni, was nominated to form a cabinet of specialists that could enact reforms and unlock foreign aid.

The Shi'ite Amal movement, headed by parliament speaker Nabih Berri, called for it to be formed urgently on Monday.

But Hezbollah chief Hassan Nasrallah said on Thursday that even though he would approve a government of technocrats if formed, a cabinet with no politicians would not last long.

'Multiple dangers': Lebanese patriarch warns of crisis without a government

Lebanon's top Christian cleric said on Sunday the nation faced "multiple dangers" that would be hard to weather without a government, speaking a day ...
News
1 year ago