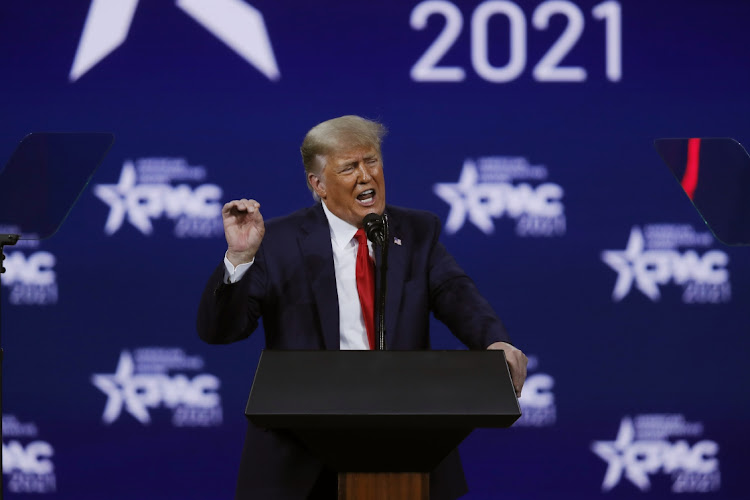 Former US President Donald Trump on Sunday laid out a variety of election proposals, such as limiting absentee voting and days when Americans can vote, in his first public speech after his stinging November 3 election loss.

Democrats' nationwide push to register new voters, including Black voters and young people, and Trump's refusal to urge his Republican supporters to vote by absentee ballot are believed to have been factors in his 7 million vote loss to Joe Biden.

At a speech to the Conservative Political Action Conference in Orlando, Florida, Trump said Election Day should be only one day, not a number of days leading up to the actual voting day.

"There should be a legitimate reason for someone to vote absentee," he said.

He also proposed eliminating mail-in voting, another factor in his loss, as well as requiring voters to show identification when they vote in person and universal signature matching for those who vote by absentee ballot.

Trump's speech, which had been crafted with the help of former adviser Stephen Miller, comes as the Republican Party is pushing to change election laws and put new restrictions on voting after losing the White House and Senate in 2020.

Dozens of local Republican lawmakers have introduced bills to limit voting access in states across the country since then. A Georgia bill that would limit the use of drop boxes and eliminate early voting on Sundays would curtail traditional “Souls to the Polls” voter turnout programs in Black churches, and be devastating for Black voters, activists say.

Trump said Republicans need to fight hard against a new voting rights bill, HR-1, which would overhaul voting rules and includes a provision that independent commissions redraw congressional districts instead of state legislatures.

"This monster must be stopped," said Trump.