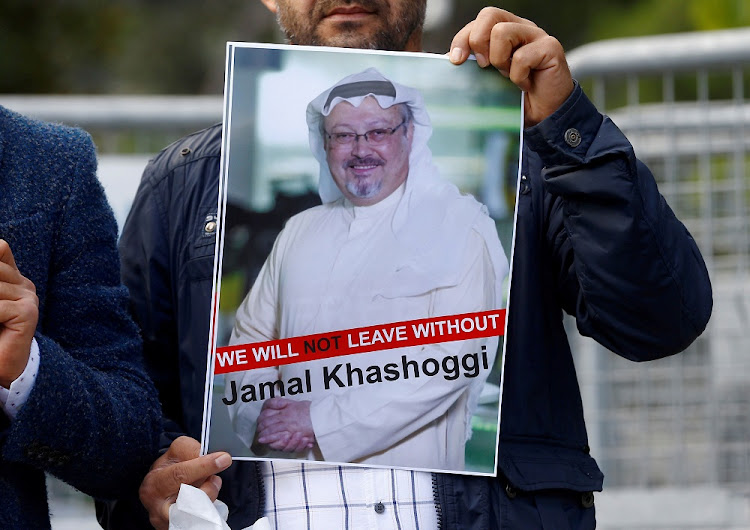 A demonstrator holds a picture of Saudi journalist Jamal Khashoggi during a protest outside the Saudi Arabian consulate in Istanbul, Turkey.
Image: REUTERS/OSMAN ORSAL

U.S. President Joe Biden said on Friday he told Saudi King Salman he would "hold them accountable for human rights abuses" and the United States would be announcing significant changes in the bilateral relationship on Friday and Monday.

"I spoke yesterday with the king ... Made it clear to him that the rules are changing and we're going to be announcing significant changes today and on Monday. We are going to hold them accountable for human rights abuses," Biden said in an interview with Univision.

The fiancee of slain Saudi journalist Jamal Khashoggi and a human rights group that he founded filed a lawsuit in a US court on Tuesday with ...
News
1 year ago