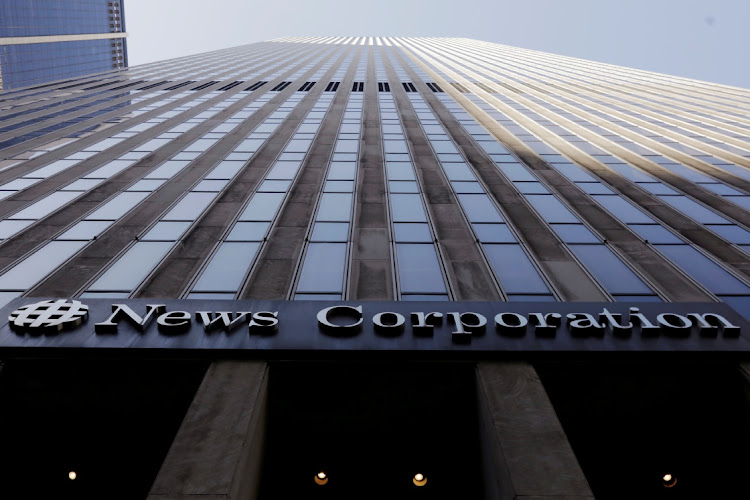 The News Corporation logo is displayed on the side of a building in midtown Manhattan in New York, U.S.
Image: LUCAS JACKSON/ Reuters

News Corp struck a global news deal with Alphabet Inc's Google, the Rupert Murdoch-controlled media company said on Wednesday, in one of the most extensive deals of its kind with big tech.

The companies will develop a subscription platform, share advertising revenue through Google's ad technology services, build out audio journalism and develop video journalism by YouTube. The deal comes after years of public feuding between Murdoch and Google, most recently in Australia, where Google has threatened to shut down its search engine to avoid "unworkable" content laws.

It is a capstone for the 89-year-old media mogul, his son Lachlan and News Corp Chief Executive Robert Thomson to seek compensation for premium content from platforms. Murdoch previously secured payments from Apple Inc and Facebook Inc for their Apple News and Facebook News products.

The company declined to comment on financial details of the deal.

The News Corp deal comes after Google agreed to pay $76 million over three years to a group of 121 French news publishers to end a more than year-long copyright spat, documents seen by Reuters show.

In Australia, the country's two largest free-to-air television broadcasters have struck deals with Google collectively worth A$60 million ($47 million) a year, according to media reports.

Google has also moved to secure deals with major publishers in the U.K., Germany, Brazil and Argentina.

The Australian deals come days before the government plans to pass laws that would allow it to appoint an arbitrator to set Google's content fees if it cannot strike a deal privately, a factor that government and media figures held up as a turning point for negotiations which stalled a year earlier.

In January, the Reuters news agency, a division of Thomson Reuters Corp, struck a deal with Google to be the first global news provider for Google's News Showcase.

An organisation called Think WiFi realises how important this issue is, and is making the internet freely accessible to thousands of people around ...
SebenzaLIVE
1 year ago

Pay serious attention to what apps are asking you to do

WhatsApp recently updated its privacy policy informing users that it will now be sharing information with parent company Facebook. WhatsApp has ...
Good Life
1 year ago
Next Article