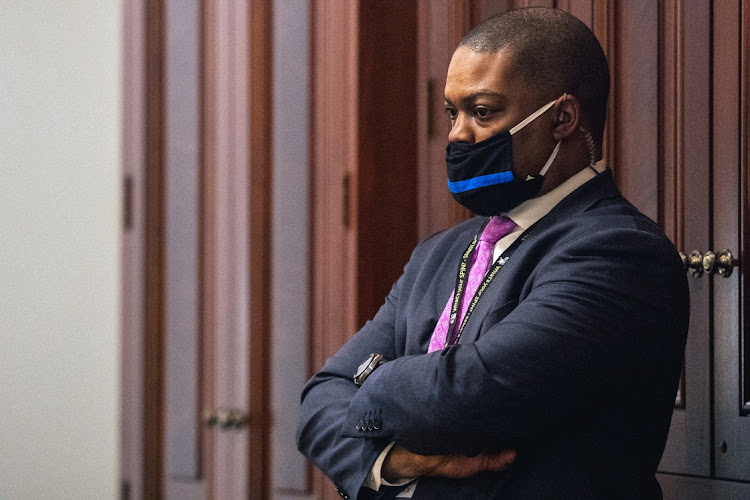 After hours of heated arguments in former President Donald Trump's impeachment trial, lawmakers found a rare moment of consensus when the U.S. Senate voted on Friday to award the highest honor Congress can bestow to one of the police officers who responded to the Jan. 6 Capitol siege.

By unanimous consent, the Senate passed a measure to give the Congressional Gold Medal to officer Eugene Goodman of the U.S. Capitol Police force.

Goodman steered rioters away from lawmakers as a pro-Trump mob rampaged through the Capitol while Congress gathered to formally certify President Joe Biden's election victory. In video shown during the trial, Goodman was seen directing Senator Mitt Romney out of harm's way.

"Here in this trial, we saw new video, powerful video, showing calmness under pressure, his courage in the line of duty, his foresight in the midst of chaos, and his willingness to make himself a target of the mob's rage so that others might reach safety," Senate Majority Leader Chuck Schumer, a Democrat, said on the Senate floor. 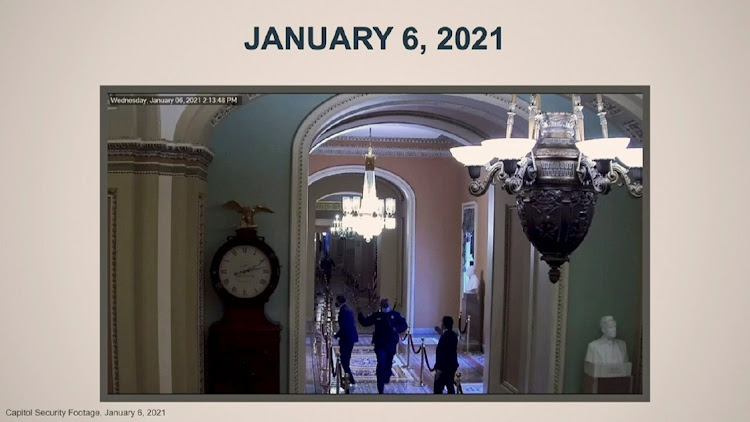 Schumer pointed out Goodman, who stood in the back of the chamber. Lawmakers burst into a standing ovation for him. Goodman briefly placed his hand on his heart. Schumer said all the law enforcement officers who responded to the Capitol attack should be honored and recognized as well, spurring a second standing ovation. Goodman joined the second round of applause.

Senate Republican leader Mitch McConnell also praised Goodman, saying: "If not for the quick thinking and bravery of Officer Eugene Goodman in particular, the people in this chamber may not have escaped that day unharmed."

U.S. House of Representatives Speaker Nancy Pelosi introduced a bill on Thursday that would award the Congressional Gold Medal to members of the Capitol Police force and to Washington's Metropolitan Police Department, whose officers were also called to the scene to secure the Capitol complex.

Trump, the first U.S. president to face two impeachment trials and the first to have such as trial after leaving office, has been accused of inciting an insurrection for an incendiary speech he made to supporters shortly before the siege.

The Biden administration has launched a formal review of the future of the US military prison at Guantanamo Bay in Cuba with the goal of reviving ...
News
11 months ago

Nigeria's Ngozi Okonjo-Iweala – an elite economist who has confronted corruption and kidnappers at home, is poised to become the first woman and ...
News
11 months ago
Next Article