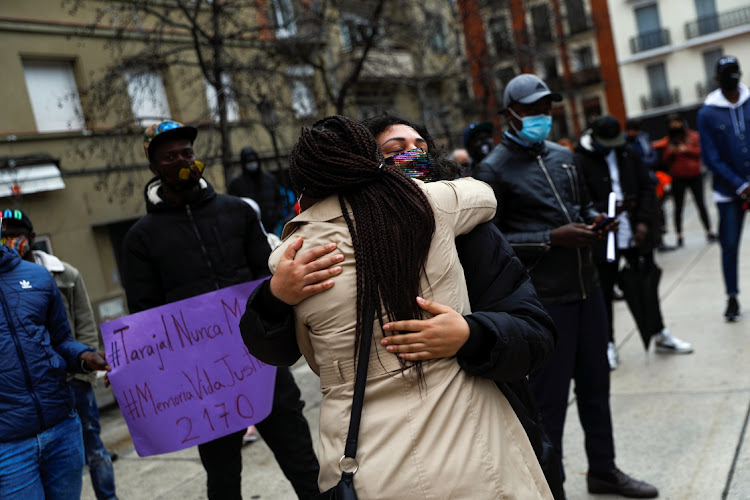 Women hug during a protest marking the death anniversary of 14 African migrants at Tarajal beach, while trying to cross from Morocco to Spain's north African enclave of Ceuta in 2014, in Madrid, Spain on February 6, 2021.
Image: SUSANA VERA

Eight members of a gang suspected of trafficking migrants from Spain's North African enclave of Melilla to the Spanish mainland have been arrested, police said on Saturday.

Migrants were charged 2,000 euros ($2,400) each to make the journey across the Mediterranean in speedboats.

The gang is also suspected of transporting hashish from Melilla to Andalusia in southern Spain, the Civil Guard and National police forces said in a statement.

Those arrested were Spanish and Moroccan nationals. Two other suspects were under investigation.

Every African should feel his or her blood boiling every time images of Africans being sold into slavery for a few hundred dollars in Libya are ...
Opinion
3 years ago

Morocco has unveiled details of an "exceptional operation" to give official papers to some of its 25,000-40,000 illegal immigrants from sub-Saharan ...
News
8 years ago
Next Article