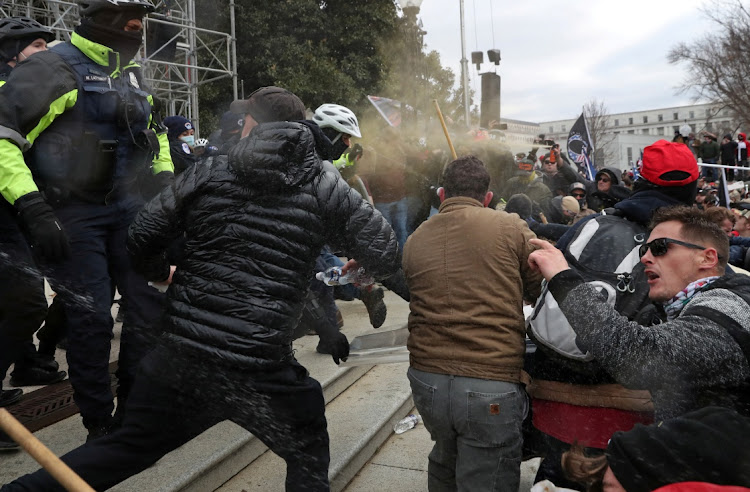 PayPal Holdings Inc said on Monday it had blocked a Christian crowdfunding site, GiveSendGo, after it helped raise funds for people who attended last week's event in Washington when supporters of President Donald Trump stormed the Capitol.

The digital payments processor also confirmed to Reuters that it closed an account held by Ali Alexander, one of the organizers of the gathering. The news was reported earlier by Bloomberg, which cited an unidentified source.

Online platforms and social media companies are distancing themselves from, and taking action against, those that encouraged or engaged in last week's violence in the U.S. Capitol.

Twitter said it has suspended more than 70,000 accounts since Friday that were primarily dedicated to sharing QAnon content after the assault on the Capitol building.

Hollywood actor and former California governor Arnold Schwarzenegger has compared the storming of the U.S. Capitol by supporters of President Donald ...
News
1 year ago

A number of large U.S. companies, including AT&T Inc, American Express and Dow Inc, have said they would cut off campaign contributions to those who voted to challenge President-elect Joe Biden's victory, with Republicans in the U.S. Congress facing growing consternation from corporate America.

Supporters of Trump stormed the U.S. Capitol on Wednesday, trying to halt the certification by Congress of Biden's election win.

Trump, who has without evidence challenged the validity of Biden's election win, initially praised his supporters but later condemned the violence.

Bloomberg reported last week that PayPal had closed an account held by Joy In Liberty, one of the groups that paid for supporters of Trump to travel to Washington.

Representatives of GiveSendGo, which describes itself as "A place to fund hope. A place to work together with the body of Christ around the world to make a difference," could not be reached immediately for comment.

Federal agents arrested two more Capitol Hill rioters whose images had gone viral, of one carrying off the House speaker's lectern and another who ...
News
1 year ago

Democratic-led efforts to impeach US president Donald Trump for a historic second time gained momentum over the weekend, although it looked far from ...
News
1 year ago

The United States' stark racial inequality was on display after a mob of predominantly white supporters of President Donald Trump stormed the U.S. ...
News
1 year ago
Next Article